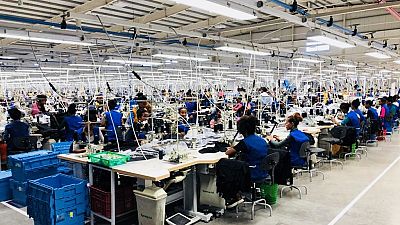 The factory located in the regional capital Mekelle is Calzedonia’s first factory on the continent. Photos shared by government showed workers working at a production line.

The report added that the factory which employs over 1000 people has already started exporting 22 million birr ($786,000) worth clothes per month to European destinations.

The company according to its website are specialized in the area of hosiery, leggings, socks and swim wear for women, men and kids. “Products and inspirations about tights, hosiery and beachwear,” it said in its Twitter bio.

Prime Minister Abiy Ahmed who recently inaugurated an industrial park in Oromia and a sugar factory in the Southern Ethiopian Peoples Region congratulated the investors via his chief of staff.

In seeking to export their merchandise, the logistical proximity of Mekelle to the Eritrean port of Massawa, is largely ween as a key plank to further strengthening the regional economy and the July 8 peace deal.