**The kids from Kampala's slums have been regularly an internet sensation since their first video in 2014.
**

After nearly a decade of flooding social networks across the continent and the world with the swaying of their hips and cool attitude. Daouda Kavuma's Ghettos Kids are once again topping the African charts after their appearance in Eltee Skhillz's video clip 'ODG', Nigeria's most 'shazamed' song of the year

"All this children come from the ghetto, from the slums of Kampala, and around Uganda so that's why we are called Ghetto Kids. The dance we do is nacho the happiness we are showing to the world, explains Daouda Kavuma, founder of the dance group.

Over the years, the initial group of five underprivileged kids has grown. There are now a dozen of them vibrating to the beat of the music from all over the continent, all recruited in the streets of the Ugandan capital.

"I used to dance in the streets and people gave me some tips so I could buy something to eat with my parents. The group saw me when I was dancing in the streets and they told me if I could join them. Cause I wanted to dance, I joined them, I started dancing on the streets with them. My dad told me now you are in the Ghetto Kids, I couldn't believe it, I was so happy ", says Kayondo Madiwanah King, a 13 year-old member of the group.

From the slums of Kampala to the videos of French Montana or Eltee Skhillz, the Ghetto Kids' are not done shaking up their success story. 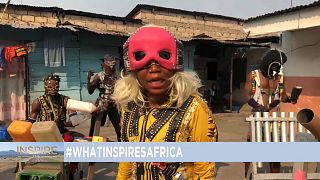 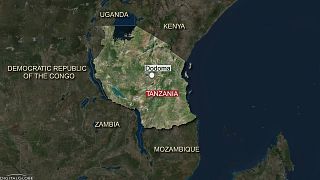