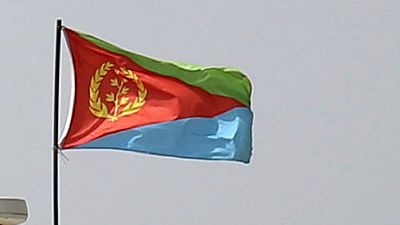 Eritreans and their allies across the Horn of Africa region on Wednesday celebrated the decision by the United Nations to lift the sanctions that had been imposed nearly a decade ago.

In a unanimous vote, members of the United Nations Security Council (UNSC), approved a British-drafted resolution, that also urged Eritrea and Djibouti to conclusively resolve a border dispute and normalise relations.

“Not only is it a very important step for the countries in the region, I think it sends a helpful wider signal to the international community that if the right steps are taken sanctions can be lifted,” said British U.N. Ambassador Karen Pierce.

The measures against Eritrea – which include a travel ban and asset freeze on certain people and entities – were imposed in 2009 after U.N. experts accused it of supporting armed groups in Somalia. Eritrea has denied the accusations.

But how and why exactly were these sanctions lifted?

The lifting of sanctions comes against the backdrop of historic reconciliation and normalisation of relations, amongst the different Horn of Africa nations.

When Eritrea’s president Isaias Afwerki and Ethiopian prime minister, Abiy Ahmed signed a peace agreement in Asmara in July, this year, it kicked off a new season of diplomatic breakthroughs.

That was followed by the signing of an Agreement on Peace, Friendship and Comprehensive Cooperation in September. Ethiopia had since July requested that the UNSC lifts the sanctions against Eritrea.

READ MORE: Details of Eritrea – Ethiopia accord signed in Jeddah

Sanctions were imposed on Eritrea in 2009 for obstructing the implementation of resolution 1862 concerning Djibouti. At the time, the UNSC called on Eritrea to withdraw its forces from the disputed Ras Doumeira peninsula and engage in the peaceful settlement of the border dispute.

In July this year, Djibouti appealed to the United Nations Secretary-General to compel Eritrea to pursue adjudication or arbitration, in the resolution of the border dispute.

On 6 September, Eritrea and Djibouti announced the restoration of diplomatic ties, following a trilateral high-level meeting with Ethiopia.

This was closely followed by a meeting of the presidents of the two countries in Saudi Arabia on 17 September.

The resolution lifting the sanctions therefore urged Eritrea and Djibouti to work towards normalising ties and settling the border dispute. The UN Secretary-General Antonio Guterres is also to report back to the council on progress by Feb. 15 and then every six months.

The sanctions imposed against Eritrea were also on account of accusations levelled against it to the effect that it was funding armed groups in Somalia.

The resolution lifting sanctions also terminated the Somalia and Eritrea Monitoring Group (SEMG), which over the last four years, had not been able to find conclusive evidence that Eritrea was providing support to Al-Shabaab.

The last SEMG report to UNSC also noted that armed groups that were fighting against Ethiopia with the support of Eritrea had now signed peace agreements with Abiy’s government.

Given the absence of evidence that Eritrea was funding terrorist groups in the region, the UNSC told Eritrea sanctions could be lifted if it committed to resolving the Djibouti border dispute and cooperate with the Council’s sanctions regime.

Eritrea had previously refused to acknowledge and cooperate with the UN on the issue, insisting that the sanctions were ‘unwarranted, unjust and illegal’.

An Eritrean presidential advisor also met with the SEMG team in October, as required by the UNSC, paving way for Wednesday’s historic vote.

Sanctions against Eritrea were lifted because;