Eighty-eight lawmakers in Ethiopia voted against a state of emergency declared by the Council of Ministers in mid February 2017.

The state broadcaster, EBC, said the vote was, however, successful as it was passed by two-thirds of the house. The numbers indicated that 346 voted in favour as against the 88 opponents and 7 abstentions.

Members of the House of People’s Representatives were summoned earlier this week to debate the state of emergency and ratify it as by law required.

MPs from the Oromia bloc (Oromo Peoples Democratic Front – OPDO) of the ruling Ethiopia Peoples Revolutionary Democratic Front (EPRDF) had been strongly lobbied by activists to vote against the measure. If that had succeeded, the rule will have been defeated and revoked.

The SOE was imposed barely 24 hours after the resignation of Prime Minister Hailemariam Desalegn. Desalegn said his decision was to afford the EPRDF space to further pursue promised political reforms.

The EPRDF is currently in the process of electing a new Prime Minister. Political watchers hold that the post will likely go to the head of the OPDO, Abiy Ahmed. It will be the first time an Oromo is holding the post.

There has been a back and forth over the figures coming from the vote. The initial figures stressing rebellious MPs of up to 88 has been revised by the government.

But the AFP correspondent in Ethiopia, Chris Stein, has shared the initial figures as announced by the parliamentary speaker.

Since there's conflicting tallies of how #Ethiopia's state of emergency vote went, here's AFP's numbers based on what the parliament speaker said:
They needed 339 votes
They got 346
88 MPs voted against

Here is the revised figure as things stand:

“395 lawmakers out of 490 present voted in favour of the #StateofEmergency bill. But the number of votes that went against the legislation – 88 legislators rejected it and 7 abstained – underscored frictions within the ruling party,” Reuters . #Ethiopia https://t.co/RvEhgoksF8 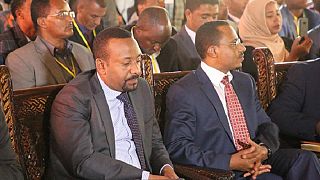 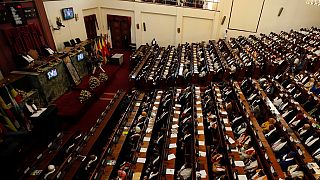 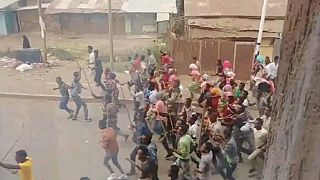