Burundi's President, Evariste Ndayishimiye, attended Sunday (Jan.22) the congress of the CNDD-FDD, the powerful and highly militarised party that has been in power since 2005.

Speaking in the country's political capital, Gitega, Ndayishimiye warned against corrupt leaders in a country that is struggling to remain afloat amidst tough economic times.

"Until now, certain people claim to be leaders or executives in the government but are only stealing from the state. This is a big problem in our political party because many leaders are only proud to be from the party that won the elections when they should be good role models," said President Ndayishimiye.

Ndayishimiye used the three-day summit to rally support for the ruling party, especially at the grass-root level.

The ruling party will now will have an office and governing bodies at the level of zones throughout the country.

He also called upon credible leaders to join his party.

The ruling party also resolved that there will be a restructuring in the provinces. A new general secretariat of veterans will be established at the national level. 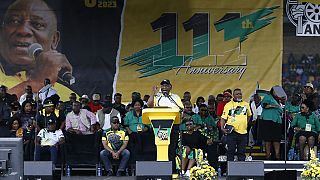