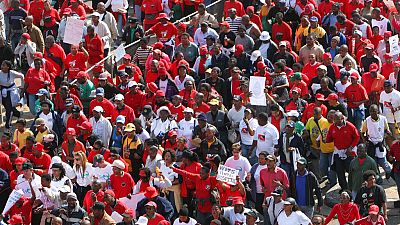 The work stoppage is being led by one of South Africa's largest public service unions, the Public Servants Association (PSA), which has some 235,000 members.

The dispute over public servants' salaries flared up after Labour Minister Thulas Nxesi announced last week that he would increase salaries by 3 percent, while the unions were demanding 6.5 percent.

Picket lines were observed during the day around central government offices in Pretoria by strikers in the health, immigration, and police sectors.

According to the PSA, the strike was expected to have a "serious impact" on the Department of Home Affairs, transport and customs services.

According to the union, "the minister's irresponsible attitude has degraded already fragile social relations and deepened the lack of trust" with the social partners.

South African Finance Minister Enoch Godongwana said in an October budget presentation that the government could only afford a 3.3 percent wage increase, well below the 7.8 percent inflation rate in July.

South Africa's economy has already been hit hard by several weeks of strikes in the railways and port services, which have affected mineral and fresh fruit exports. 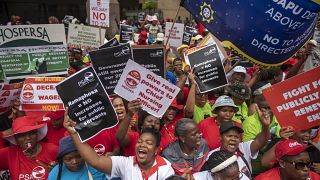 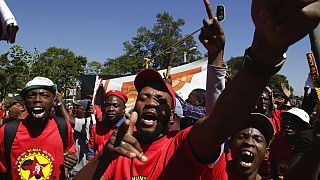