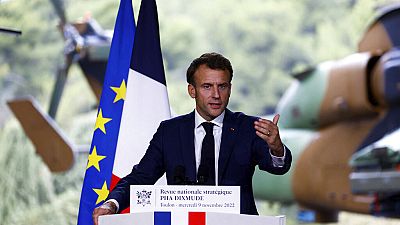 French President Emmanuel Macron has made official the end of the 'Barkhane' operation in Mali and detailed that the country's new 'roadmap' on the African continent will be "finalized within six months", as part of a reorganization of its operations following tensions with the military junta in Bamako.

"We will launch in the coming days a phase of exchanges with our African partners, our allies, and regional organizations to evolve together the status, format, and missions of the current French military bases in the Sahel and West Africa," he said in presenting the new French defense strategy.

"This strategy will be finalized within six months ... It is essential and it is one of the consequences that we draw from what we have experienced in recent years in the entire Sahel region," he explained.

The French army left Mali in August, after nine years of presence, pushed by the ruling junta which is now working - even if it denies it - with the sulphurous Russian paramilitary group Wagner.

However, it remains in the region and continues to fight against jihadist groups linked to al-Qaeda or the Islamic State group, which are gradually expanding their activities to the Gulf of Guinea countries.

The announcement of the end of Barkhane has no immediate impact on the French military presence in the Sahel, which includes about 3,000 troops in Niger, Chad, and Burkina Faso, after having numbered up to 5,500 men at the height of its deployment.

"Our interventions must be better limited in time (...) We do not have the vocation to remain engaged without a time limit in external operations," justified the head of state.

"Our military support to African countries in the region will continue, but according to the new principles that we have defined with them," he said. "It will be declined at the level of each country according to the needs that will be expressed by our partners.

Paris has to deal with an increasingly hostile African public opinion, within which the influence of rival powers, led by Moscow, is growing via social networks and official media.

The idea from now on is to continue to act, but with discretion. No new names have been given to the troops now deployed.

"Our soldiers remain covered, protected, supported, administered in conditions that are satisfactory" but the official announcement is "necessary locally", explained Tuesday at the Elysee.

"In the field of perceptions, Barkhane continues to occupy a very important presence on social networks. It is necessary to put a clear end to it to be able to switch to another logic," the same source said. 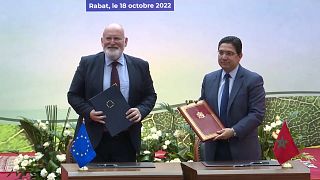 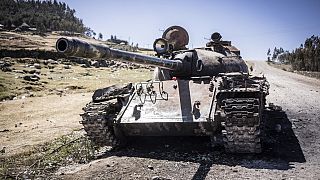