Morocco signed a "green partnership" deal with the European Union in Rabat, Tuesday (Oct 18). The two parties hope the agreement will bolster cooperation on renewable energy.

The sun-baked North African country is seeking to offer alternatives for European nations trying to wean themselves off fossil fuels.

"Why a green partnership?", the Moroccan Foreign affairs minister asked.

"First of all, the context shows that we are on the eve of COP27 and this is an important moment to show that the discussion on climate change is first and foremost a question of will and vision, but it is also a question of action".

"Actions to transform commitments into reality and what Morocco is trying to do through this green partnership", Nasser Bourita concluded.

The memorandum of understanding is the "first of its kind" according to Frans Timmermans.

It is also set to boost cooperation in the fight against climate change, with private sector involvement.

"It aims to foster the transition to a decarbonised industry through investment in green technology, renewable energy production, sustainable mobility, and clean production in industry," it reads.

In 2009, Morocco adopted an energy strategy aimed at increasing the share of renewables in electricity production to over 52 percent of the country's energy mix -- up from around a fifth today.

The COP27 also known as the 27th session of the UN Climate Change Conference will take place in Sharm el—Sheikh Egypt, in November. 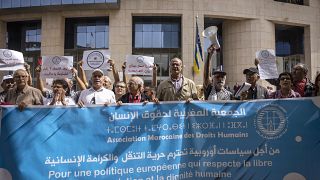 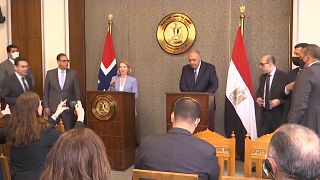