The fourth plinth of London’s Trafalgar Square has welcomed its first African figure.

This year, it is a sculpture of John Chilembwe -unveiled Wednesday (Sept.28)- which was selected. The statue is the work of Samson Kambalu, an Oxford based and Malawi-born artist and author. He was chosen from a shortlist of international artists from America, Germany, Ghana, Mexico and the UK.

His artwork was chosen by the Fourth Plinth Commissioning Group, chaired by Ekow Eshun and almost 17,500 people voted, giving they say in one of the most appreciated public art projects.

"It is a thing of Malawi and modernity, modernism, Kambalu exclaims. And I was interested in him (John Chilembwe) as an artist for that, I am a Chewa myself like him, I'm also a contemporary artist, I learnt from him in how you translate aspects of African inheritage into the modern".

The "Antelope" is the 14th Commission on the fourth plinth. It restages a photograph of Chilembwe and John Chorley, a European missionary. Chilembwe has his hat on, defying a colonial rule which forbade Africans from wearing hats in front of white people.

"I'm glad that I could deliver his message of equality and justice but also a message of love and self-sacrifice", the 47-year-old artist says.

"I chose him (Chilembwe) because I thought it would look good in London, in his hat, he had to carry that as well so he actually advocated fashion as one way the African could regain his self-respect and dignity" .

On the plinth, the Malawian Baptist preacher is purposefully larger than life, offering a chance of some deeper thinking into what it means to be of stature, to be equal in dignity.

The sculpture zooms in the stories of underrepresented peoples in British history.

"As an offspring of the British empire, it can't get more meaningful than this for me as an artist, it's really an exciting time. Although I don't feel like I would have affected it (not to be selected, ed), it's not something you can plan, so I'm just happy I turned up at the right time to be part of this manifestation, part of this destiny, I think it just feels like an inevitable, historic moment."

If Chilembwe’s 1915 uprising against British colonial rule was seemingly unsuccessful it is viewed as the beginning of Malawi's independence struggle. Malawi gained its indenpendence in 1964 andcelebrates John Chilembwe every year on January, 15.

Over a century after his assasination, Chilembwe’s legacy lives on.

The fourth plinth is funded by the Mayor of London with support from Arts Council England and Bloomberg Philanthropies. 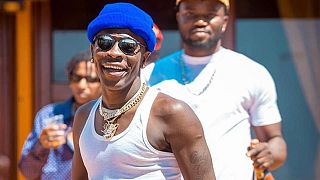 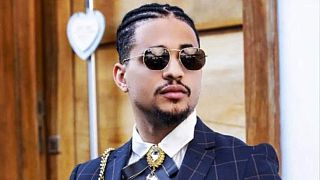 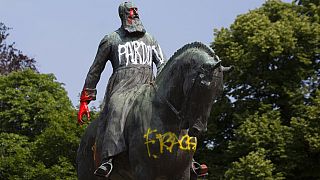