One day after Morocco’s Football Federation announced the sacking of coach Vahid Halilhodzic, residents of the Kingdom began to comment.

The federation cited disagreements with the coach as the team prepares for the Qatar World Cup scheduled in November. The move was welcomed in Rabat.

"This separation will open the door to players whose relationship was tense with the coach,Idriss Abis, a Moroccan football coachsays. I think of (Hakim) Ziyech, (Noussair) Mazraoui, (Abderrazak) Hamdallah and a group of distinguished and well-known players at the international level and who play in major clubs. Today it is the responsibility of the players to join the national team, and the door is open for them."

Despite reaching the quarter-finals in the AFCON 2021 played last January in Cameroon, tensions in the dressing room fueled speculations of an upcoming sacking. Now, the focus is on the Qatar World Cup.

"We have been waiting for this decision for a long time. Finally, he will be sacked. We hope that the new coach will be Moroccan, because he will be more familiar with the Moroccan mindset and our way of playing, although there is not enough time left befor the World Cup, I hope all will be good."

Morocco is scheduled to play its first match on Nov. 23 against 2018 World Cup finalist Croatia. The team will also play Belgium and Canada in Group F.

The French and Bosnian coach leaves 3 months before the Atlas Lions kick off the World Cup in Group F. Halilhodzic had been in charge for 3 years.  It’s the third time the 69-year-old Halilhodzic has been fired by a team he helped qualify but could not coach at the World Cup itself.

He led Ivory Coast through qualifying for the 2010 tournament and Japan for the 2018 edition but lost his job each time before getting to the final tournament. 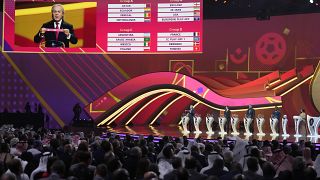 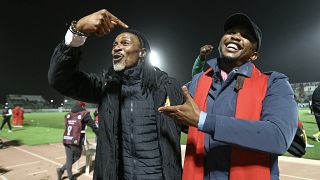