The draw for FIFA's World Cup in Qatar was held on Friday at the Doha Convention and Exhibition Centre.

The opening match is scheduled for November 21st.

The host nation, Qatar, will face Ecuador to kick off the tournament in Group A that also includes Senegal and the Netherlands.

The African champions will also have to face the hosts, Qatar, and Ecuador for a place in round 2.

In Group D, Tunisia will be playing against defending champions, France and Denmark plus an unknown opponent that could be Peru, Australia or the UAE.

In Group F, Morocco faces a battle against Canada, Belgium and Croatia.

The Atlas Lions are currently being managed by Bosnian Vahid Halilodzic.

Record holder Brazil is in Group G and will face Cameroon, Switzerland and Serbia.

The Indomitable Lions are under the supervision of Rigobert Song. It is the eighth time that Cameroon gains a place in the competition. For many, the question is how far the Lions will be able to go this time.

Finally, in Group H, Ghana will face Portugal on November 24th. Uruguay and South Korea are the two other teams in the same group.

All eyes will also be on Group E where Spain and Germany will be facing each other. 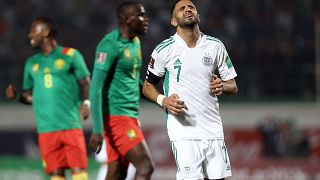