Rescuers were continuing to find survivors and bodies on Wednesday after a building collapsed in Nairobi.

The four storey structure came down earlier in the afternoon in the Kenyan capital.

Red Cross Society's Head of Disaster Management, Micheal Ayabei said the number of people that had been trapped in the rubble was unknown.

"It is not yet immediately possible to establish how many could have been in the house at the time. We are still trying to make that inquiry so that we can be sure, that as you know, during this time when voting has been going on a number of families travelled. We are not sure who was back or who could not come back so it is still early to put that figure together," he said.

Officials have said that three fatalities had been reported so far.

One person was also taken to hospital in a critical condition. 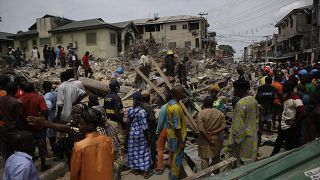