One person was killed in Guinea's capital during protests against fuel price hikes in the first demonstrations since the junta seized control in September, according to opposition leaders and witnesses.

The young man was shot dead Wednesday at nightfall in Hamdallaye, a suburb of Conakry considered to be a stronghold of opposition parties and critics of the junta.

"We demonstrated all day against the announcement by the Ministry of Economy and Finance of an increase in the price of a litre of fuel," Amadou Diouma Diallo, one of the protesters, told The Associated Press.

"During the day, the riot police used tear gas to disperse us. There was calm. Then at night, the demonstrations resumed. The police came to fire warning shots." That is when the young man was shot, he added.

"I don't know who fired, but I saw the youngster fall in the neighbourhood. We called the Red Cross to come and get the body, but they couldn't come," Idrissa Kanté, another protester, said.

The National Front for the Defense of the Constitution, a coalition of civil society groups that oppose the junta, accused the defence and security forces of using live ammunition.

"The bloody repression of the demonstrations by the defence and security forces contrasts with Col. Doumbouya's takeover speech, in which he castigated the (previous government's) killings of demonstrators and who had pledged not to commit the same as his predecessors," the groups wrote in a statement.

The junta has not yet made any statement about the death.

Guinea's former president Alpha Conde was overthrown in a coup d'etat in September by a military junta that now leads the West African country.

The head of the military junta, Col. Mamady Doumbouya, said that a transition to elections and a return to civilian, democratic rule could take more than three years.

Last month, the main opposition parties rejected the 36-month transition to democratic elections that was approved by the interim parliament.

Following criticism of the 36-month timeline, the junta last month banned all public demonstrations, drawing a rebuke from the United Nations. 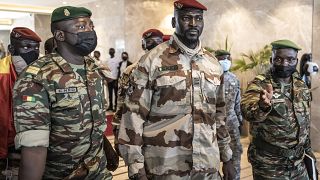 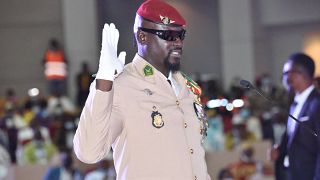