Topics on the agenda included strengthening economic and scientific cooperation as well as the next UN summit on climate scheduled in November in the Egyptian city of Sharm El-Cheikh.

"We welcomed Poland's offering their experience during the International Climate Change Conference COP27 considering that Poland had hosted the summit three previous times, El-Sissi said. The talks saw an agreement on how to support the social development and economy during the mitigation and adaptation measures amid the climate change effects. An invitation was sent to the Polish side to participate on a high level at the (COP27) climate change summit."

During the joint press conference, the Polish head of state also promoted Poland’s potential to export crops. Egypt buys around 60% of its wheat from Ukraine and Russia and now wishes to diversify its sources of supply. Adrzej Duda backed EU negotiations with Egypt to fill the gap in gas supply.

"I also discussed with the president (el-Sissi) the possibility of importing liquefied gas because Poland has a harbor for liquefied gas that we are expanding. We could also have another harbor in a different city. Egypt for us is a future partner and we support these negotiations taking place between Egypt and the European Union to export liquefied gas from Egypt to the EU."

African energy producers have received much attention from the EU since the war in Ukraine erupted. Countries like Nigeria and Algeria coutring and signing deals.

To mark the launching of what both leaders wish to be a new era of bilateral relations, Poland is to resume direct flights of the national airline between Cairo and Warsaw on 31 May. 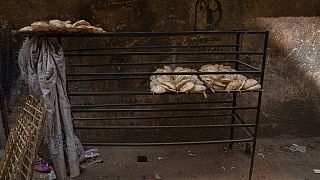