After long hours of uncerainty, Guinea-Bissau's president Umaro Sissoco Embalo took to twitter to say the situation was contained.

Calm seems to be back in the streets of Bisau. I am all well, praised be to God, President Umaro Sissoco Embalo wrote on Tuesday night. He took to Twitter to say the situation was now under control in the West African capital, ending more than 3 hours of uncertainty.

Sustained gunfire was heard on Tuesday near the seat of government in the West African state, in what the African Union and a ECOWAS bloc called an "attempted coup".

During the afternoon, heavily-armed men surrounded the Government palace fuelling fears of a coup attempt. President Embalo and Prime Minister Nuno Gomes Nabiam were believed to have gone to attend a cabinet meeting, there.

A 36-year-old Frenchwoman living in Bissau, Kadeejah Diop, said she rushed to pick up her two children from school and witnessed armed troops entering the government complex.

"They made all the female workers leave. There was huge panic," she told AFP over the phone. "Right now, we are holed up indoors. We have no news."

Troops set up a security perimeter around the palace and kept people away.

The toll of the exchange of gunfire recounted in various accounts isn’t known for the moment. But President Umaro Sissoco Embalo mentioned "many deaths".

Following the news of a possible coup, The Economic Community of West African States issued a statement urging soldiers to "return to their barracks" and saying they would be "held responsible for the well-being" of the president and government members.

The cabinet announced Embalo would speak to the nation on Tuesday. 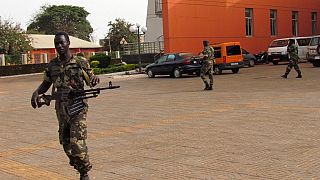 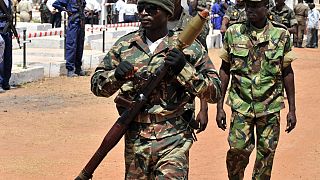 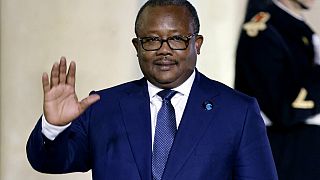