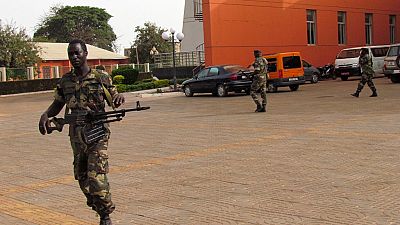 Guinea-Bissau is a Portuguese-speaking country in West Africa.

This former Portuguese colony became independent in 1974 after a long war of liberation led by Amilcar Cabral's African Party for the Independence of Guinea-Bissau and Cape Verde (PAIGC), which was assassinated in 1973.

Since then, the country has seen four putsches (the last in 2012), 16 attempted coups and a succession of governments. José Mario Vaz, elected president in 2014, was the only head of state since the introduction of the multi-party system to complete his term without being impeached.

In 2019, the last presidential election was marked by an electoral crisis, resulting in the nomination of two rival heads of state: former Prime Minister Domingos Simoes Pereira, the PAIGC candidate, contested the victory attributed by the electoral commission (CNE) to another former Prime Minister, the opponent Umaro Sissoco Embalo.

In April 2020, after four months of stalemate, the Economic Community of West African States (ECOWAS) recognised Umaro Sissoco Embalo as president. In October 2021, the government denied the existence of preparations for a new putsch.

The small country (36,100 km2 ) consists of a mainland and the Bijagos archipelago (88 islands in the Atlantic Ocean) and borders Senegal and Guinea. Its population was 1.97 million in 2020 (World Bank), with a wide variety of ethnic groups, languages and religions.

In 2020, Guinea-Bissau's real Gross Domestic Product (GDP) contracted by 2.8%. The quarantine measures and the closure of the borders decided in response to the Covid-19 pandemic "have caused a drop in prices and sales of cashew nuts", the country's main production, stresses the African Development Bank (ADB), which anticipates a growth of 2.9% in 2021 and 3.9% in 2022.

Guinea-Bissau is ranked 175th out of 189 countries in the United Nations Development Programme's Human Development Index (2020 ranking), which measures the quality of life. The average life expectancy is only 58 years.

Almost 70% of the population lived below the poverty line according to the World Bank in 2010 (most recent figures available). Instability and poverty have encouraged the establishment of drug traffickers, who use the territory as a transit area for cocaine between Latin America and Europe.

Military officials in the West African country have often been implicated in this trafficking in recent years. The UN had welcomed the progress made in the fight against drug trafficking since the election of José Mario Vaz, but regretted that the will of the authorities in this area has "not been strengthened".

In August 2021, President Embalo ruled out extraditing general and former coup leader Antonio Indjai, who is wanted by the United States for his alleged involvement in drug trafficking linked to the Revolutionary Armed Forces of Colombia.

Guinea-Bissau suffers from endemic corruption, for which it was ranked 162 out of 180 countries in 2021 by the NGO Transparency International. 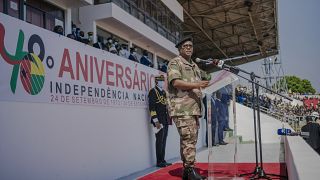