Marathon world record holder Eliud Kipchoge has told SNTV that he still can perform at the highest level after his six-year unbeaten run ended in dramatic fashion with a career-low 8th-place finish at last year's London marathon.

The 36-year-old Kenyan - who ran the world's first sub-two-hour marathon at an unofficial event in Vienna in 2019 -- was speaking ahead of his comeback at Sunday's NN Mission Marathon at Twente Airport in Enschede, Netherlands.

The race was originally scheduled to take place on April 11 in Hamburg but was postponed over COVID-19 restrictions, forcing the organisers to look for an alternative location.

It will be Kipchoge's first outing since his surprise loss in London, his only race of 2020, where he was more than five minutes slower than his official world record of 2:01:39 and over a minute adrift of Ethiopian winner Shura Kitata.

Kipchoge, who up until the London marathon had won 10 straight races, said he had suffered from a blocked ear that affected his breathing but assured SNTV he has a "clean bill of health" ahead of Sunday's race.

It is expected that Athletics Kenya will select Kipchoge to defend his 2016 gold medal at the Tokyo Olympics -- regardless of the time he runs on Sunday, and the athlete hopes the delayed Games can act as a beacon of hope for the world as it battles COVID-19.

Kipchoge, who told SNTV he hopes to get vaccinated within the next few weeks, is convinced that the global immunisation effort will ensure the Games takes place in some format in July.

On Friday the head of the Tokyo Olympics, Seiko Hashimoto, was again forced to assure the world that the postponed games will not be cancelled despite surging COVID-19 cases in Japan, causing ten prefectures to be placed in a "quasi-state of emergency." 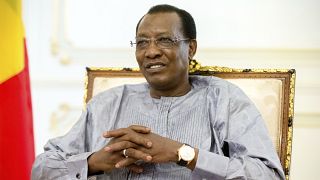 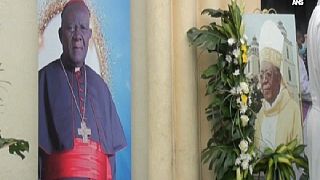