For almost 10 years, volunteers of a Dakar muslim association have taken it upon themselves to provide the unidentified dead with a proper funeral.

Lamine Mandiang is the Secretary General of the Association for Perfection and Mercy. His association in Dakar arranges the proper burial of unidentified dead muslims in at least some 'dignifying manner'.

**"During our investigations in 2010, we saw that the unknown Muslim bodies were not buried according to the amenities of Islam. Following our investigations, we said to ourselves that we cannot be in a country with a Muslim majority and that these bodies are not treated in the best way... " **Lamine Mandiang said.

"They are our Muslim relatives, we have an obligation to take care of them." Mandiang stressed.

Senegalese culture contains a mixture of Islamic, French colonial, and traditional African and tribal legacies. Giving the dead a befitting burial is common to them all says Ahmedine Ndoye, a participant at one of such funerals for the unidentified or less privileged families.

**"All Muslims are brothers so they are not alone. That is why we have taken good care of them. We all don't know when, where or how we will die. That's why we have to do this good deed. We pray for them. May Allah welcome them to paradise." **Ndoye said.

Islam is the predominant religion in Senegal. 96 percent of the country's population is estimated to be Muslim, mainly Sunni of Maliki school of thought with Sufi influences. 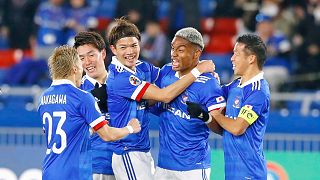