The Nigerian Japanese Ado Onaiwu came in as a sub for the Japanese side to score the only goal in the 87th minute to help Yokohama F.Marinos beat Cerezo Osaka 1-0 in Japanese J.League.

The win meant Yokohama F. Marinos added three points after their previous 1-1 draw against Shonan Bellmare in their last match.

Cerezo Osaka, meanwhile, won their last game in the competition 1-0 at home to Sagan Tosu. With the result, the Yokohama side are fifth, while Cerezo Osaka are third after the end of the match.

In Australia, Kenyan winger Bruce Kamau who came in as a substitute fired home 2 goals in 4 minutes to help his team secure a draw vs A-League leaders Central Coast Mariners.

Kamau’s goal came in in the 74th minute, after receiving a pass from James Troisi

Central Coast Mariners have had a brilliant season so far and find themselves atop the A-League table, with 29 points in 15 games this campaign.

The Mariners now sit three points ahead of Melbourne City, having played two games more than Patrick Kisnorbo's side. 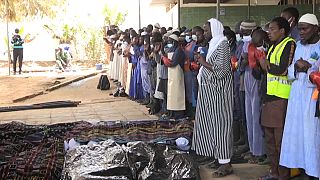