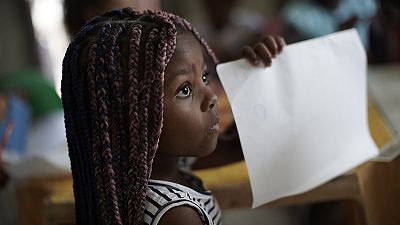 A Young Girl with a Loud Voice

November 25 is the United Nations’ International Day for the Elimination of Violence Against Women and was also the kickoff for the international 16 Days Of Activism Against Gender-Based Violence campaign this year.

In the spirit of this forward-moving energy, Edrine K premiered a song yesterday titled ‘Decision’ appealing to girls to stay in school. A simple and matter of fact message that speaks to a much more complex global issue as far as gender equality.

The music video features the children of Compassion International Uganda - Kasese Cluster - and as per its description on the artist’s official YouTube channel, “This song seeks to encourage teenage mothers to go back to school — a pregnant teenager is not a bride. It also encourages those in school to make the right decision of staying in school until they complete. I hope this song inspires every young person to make informed SRHR & life decisions to enable them to live THEIR BEST LIVES! Go back to school, keep in school until you complete. Education is endless, it's never too late to go back to school if you decide.”

The almost 20-year-old singer appears to keep the subject matter close to her heart as she has already made a name for herself — both within her community and abroad, as a social activist who uses her art to fight for women’s rights in her native country, Uganda.

Edrine K, born Edrine Kusemererwa on December 6, 2000 in Saluti Cell in Nyamwamba Division in Kasese municipality — one of the districts in Uganda that sees cases of child abuse. Especially as it pertains to the sexual abuse and early marriage of girls - who also often suffer discrimination when it comes to the opportunity to obtain a formal education.

According to a 2016 report by Isis-WICCE-Uganda an international women’s rights organisation, at least every family in Kasese has a child between the ages of 13 and 17 that has either already married or been defiled.

The young activist has shared her memories growing up of observing many young girls around her be mistreated, discriminated against, sexually assaulted and even made to marry. Many others — like K herself who has to switch schools due to financial changes, would abandon their studies for lack of money to pay tuition.

Born in a polygamous family to Yeres Kyakimwa, a food vendor in Kisanga Market and Seith Kazige, a social worker, the rising star showed interest in music from the tender age of five to later join the St Barnabas Church of Uganda choir in Saluti — of which she is still a member. The young activist says that the gender-injustice that permeated her surroundings is what inspired her to create music that explored the harsh realities of many girls in Uganda.

She saved around Shillings 60,000 over three years to produce her first song in 2017, ‘Your Awesome Jesus,’ a gospel song. And since then, the singer-songwriter had a first breakthrough and viral hit by way of ‘Get off my Way’ in 2018.

A Girl's Decision to Finish Her Education

Today, Edrine K is highly respected as both a recording artist and a powerful voice for women’s rights in Kasese.

Not only was she invited by the United Nations Population Fund (UNFPA) to participate in the 25th anniversary of the International Conference on Population and Development (ICPD25) held in Nairobi, Kenya last year but her latest music project in the form of the song, ‘Decision’ has been premiered in line with the current global movement against gender-based violence.

Another win-win for the budding talent Edrine K as she continues to empower Ugandan girls as she herself lives out her own dreams as a model example. 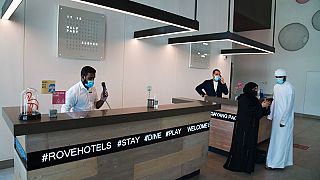 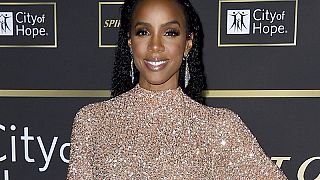 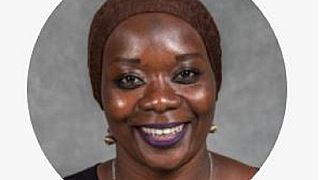