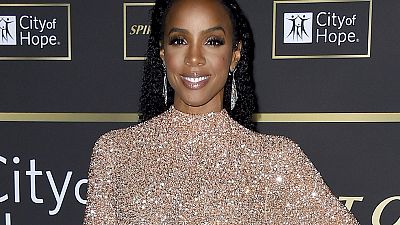 Nigerian Icon Fela Black-American recording artist, Kelly Rowland — one of the members of the legendary and award-winning R&B singing group Destiny's Child, premiered a video on Tuesday for the song titled ‘Hitman’ from her latest EP project ‘K’ which samples the genius instrumentals of the song ‘Mr Follow Follow’ of the Nigerian Icon and internationally-acclaimed musician extraordinaire, Fela Kuti.

A wonderful take and pleasant intercultural fusion on a revolutionary classic tune that packed a political punch in its time.

‘Mr Follow Follow,’ a track from the Zombie album released in 1976, is one of the culturally transformative and socially impactful songs that the Icon and impassioned social activist Fela Kuti was known to create.

The 12 minute-long 70s Afrobeat is riddled with rhythmic politically-charged lyrical content that called out the Nigerian army - whose soldiers had often been accused of gross misconduct at that time.

Within a month of the project’s release, the army launched an attack on Kuti’s Kalakuta compound — burning it to the ground and both sexually and physically assaulting Fela himself and the other inhabitants.

The song urged Nigerians to not blindly follow the country’s political leaders to avoid the consequences of potential corruption leading Nigeria astray.

Sadly, the lyrics of the song still apply today in 2020 in the light of the recent EndSARS movement that shook both the nation and international community — with a still even more unfortunate similar governmental reaction with the alleged national armed forces firing bullets into a crowd of Nigerian youth peacefully protesting in Lekki on October 20.

Kelly Rowland’s ‘Hitman’ takes on a much more positive tone as she sings about a man who has caught her eye and won her affection. A suitable vibe for Rowland who — despite production efforts, appears to be pregnant with her second child with husband Tim Weatherspoon. Congratulations, Miss Rowland!

Over the last two to five or so years, a growing trend of Afrobeats — already extremely popular and widely received not only on the African continent but in many different parts of the world, has been taking form among black-American artists in the United States.

Childish Gambino’s ‘This Is America’ music video was choreographed by Kenya’s Sherrie Silver and featured various African dances such as various African dance from Angola, Nigeria's Ashoko and the South African gwara gwara. Janet Jackson and Daddy Yankee had strong African fashions, styling and dance moves in the music video for their song ‘Made For Now’ and Beyonce Knowles’ ‘Black is King’ project features a huge selection of diverse African talent that produced a distinct Afro beats sound to the visual album’s tracks.

Kelly Rowland has never been one to shy away from artistic experimentation as she already found success in Europe with her album, ‘Here I Am’ which had songs leaner closer to more Euro techno beats than her traditional fluid R&B musical roots.

Not only have there been reports of ‘Hitman' being selected as one of the United States NFL’s “Songs of the Season” series, but her millions of fans are also already responding very positively to the song’s video release. 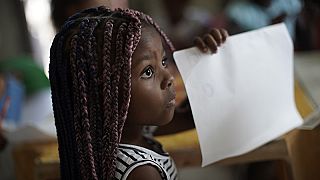