The death toll from an Al-Shabaab attack in Kenya’s Nairobi has hit 21 from fifteen earlier reported by authorities.

Police chief Joseph Boinnet gave the update late Wednesday during a televised address. Sixteen of the deceased were Kenyans, a Brit and American were involved as well as three other African nationals.

Two suspects have so far been arrested by the authorities as they probe any leads to the attack.

The Somalia-based terrorist group, Al-Shabaab, have disclosed the motive behind a terrorist attack on an upscale area of the Kenyan capital, Nairobi, on Tuesday.

According to the group, United States president Donald Trump’s decision to recognize Jerusalem as the capital of Israel was their main motivation.

Reuters quoted a statement released by the group as saying: “The Mujahideen (holy warriors) carried out this operation … (as) a response to the witless remarks of U.S. president Donald Trump and his declaration of Al-Quds (Jerusalem) as the capital of Israel.”

The last time Al-Shabaab “clashed” with Trump was in July 2017, months after the president took office. The group in a video described Trump as a brainless millionaire whose actions was endangering Americans.

The video confirmed by the SITE Intelligence Group contained a viral video Trump tweeted about him ‘beating’ CNN – his main target in the ‘fake news’ war with a section of the U.S. media.

It also shows a masked Al-Shabaab soldier who claimed even though Americans had visions of a great nation upon the election of Trump, ‘‘what they underestimated, however, was the man’s level of stupidity,’‘ adding that what Americans got with Trump was “arguably the most stupid president a country could ever have.’‘

They control areas of the rural parts of the Horn of Africa country. They enforce compliance to strict Islamic rules including cutting hands of thieves and stoning to death. They have their own courts, police and educational systems.

Successive Somali governments have vowed to crush the militants with President Farmaajo offering them amnesty soon after coming into office, he asked them to come to the negotiation table.

The group has continually called the government’s bluff and has claimed a series of bomb attacks on civilian populations and some military installations. A 2016 Intergovernmental Authority on Development (IGAD) report labeled them as a transnational security threat in East Africa. 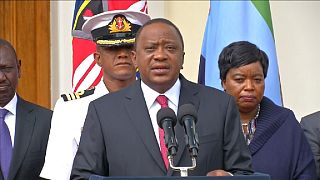 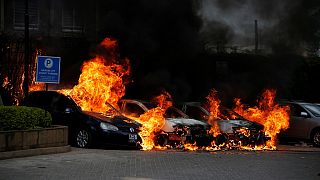 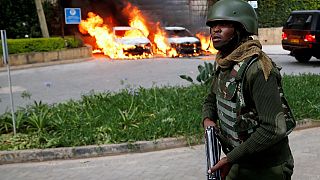