Zimbabwe says it will not extradite Grace Mugabe

Zimbabwe on Friday said it would not extradite Grace Mugabe, wife of former president Robert Mugabe, after an arrest warrant issued in South Africa for her alleged assault of a model in 2017.

Zimbabwe’s Deputy Minister of Information, Energy Mutodi has sent a non-receipt letter to a Johannesburg court requesting the extradition of the wife of former President Robert Mugabe.

Mutodi stated that they will not allow her to be harassed, embarrassed or ill treated while criticizing South African justice for reopening a case that, in Harare’s view, had already been closed.

Grace Mugabe is the subject of an arrest warrant issued on December 13 for serious bodily harm against the 21-year-old model, Gabriella Engels.

The former first lady reportedly attacked the model using an electrical extension cord at an upmarket hotel in Sandton where her two sons were staying.

Engels suffered cuts to her forehead and the back of her head in the incident. 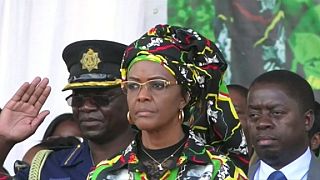