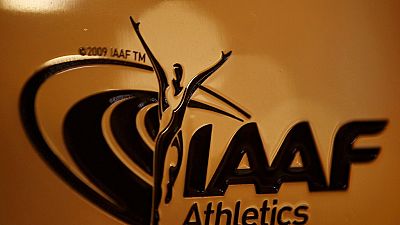 Beyond football, Africa’s athletes had such an impressive year, notably Kenya’s Eliud Kipchoge, who ran the fastest marathon in history, in September, and was eventually named Male Athlete of the Year by the International Association of Athletics Federations (IAAF).

In this article, we continue to review the highs, lows and notable sports takeaways over this year.

Ghana and Nigeria settled their differences with FIFA, agreeing to work with the organisation to fight corruption and resolve leadership disputes respectively.

Sierra Leone, on the other hand, were banned by FIFA in October, after they defied calls to reinstate the federation’s president Isha Johansen and general secretary Christopher Kamara.

The federation officials are accused of corruption by government officials and were removed from their positions, a move that FIFA protested.

FIFA who do not tolerate interference by governments in the respective country football federations are conducting investigations into allegations of match-fixing in Sierra Leone and Ghana.

In October this year, FIFA handed former Ghana Football Association president Kwesi Nyantakyi a life ban, the climax of a fall from grace for a man who was one of the most powerful football officials on the continent.

Nyantakyi, a former member of FIFA’s General Council, was found guilty after being filmed by an investigative journalist in a hotel room appearing to take a $65,000 bribe from a supposed businessman seeking to sponsor the Ghanaian football league.

One of the biggest athletics stories on the continent this year was the introduction of new regulations for female classification by IAAF.

The regulations,which regulate women who naturally produce testosterone levels above five nanomoles per litre of blood, were protested by South Africa and its star athlete Caster Semenya.

The National Basketball Association’s (NBA) relationship with the African continent continues to grow, and was in September, cemented by an endorsement from Rwanda’s president, Paul Kagame in his capacity as African Union chairman.

The NBA, which features several players from the African continent, organises several boot camps to identify talent and has an off-season initiative where it organises a show match between Team Africa and the rest of the world.

Nigeria’s Super Eagles grabbed all the headlines ahead of the World Cup, when their new jersey was voted the ‘most beautiful’ at the tournament in a Sky sports poll.

In August, South African club side, Kaizer Chiefs also made fashion headlines when sports magazine FourFourTwo said they have the best kit of the 2018/19 season.

The magazine which ranked the top 20 kits for the new season, called the new Kaizer Chiefs outfits ‘delightful’.