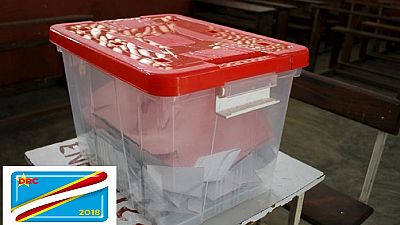 Campaigns are underway in the Democratic Republic of Congo (DRC), where up to 21 candidates are registered to contest in the election to replace president Joseph Kabila, who has been in power since 2001.

The number of candidates who are actually contesting the presidency has since reduced following the formation of two coalitions by the opposition, as they seek ways to beat the state muscle that could be lent to the party of the ruling party’s candidate.

The coalitions also give good indicators of the frontrunners in the race, ahead of the December 23 elections.

According to an opinion poll published in late October, Tshisekedi and Kamerhe were leading the pack with 36% and 17% respectively, followed by Ramazani Shadary (16%). Fayulu is forecast to win eight percent.

Considering the vastness and diversity of the DRC, the candidates will rely on several factors to propel them to victory including the credibility of the vote and the critical issue of whose support they have.

Up to 40 million Congolese (half of the population) are registered to vote in the December election.

In this article, we look at the different ‘kingmakers’ who are backing the leading candidates.

47-year-old Kabila pleasantly surprised many when he confirmed that he would not seek a third term, that would have violated the constitution and worsened an ongoing political crisis.

His choice of successor was an even bigger shock, considering that Shadary is described as ‘one with no independent political base, international clout or financial muscle’.

The former interior minister, who was placed under European Union sanctions for his role in the repression of deadly anti-Kabila protests in 2016, seems to be heavily reliant on Kabila’s ability to influence the outcome of the December vote.

Kabila, who has been president of the country for 17 years, is still the most powerful person in DRC. He won the previous elections (2006 with 45%, 2011 with 49%), even though both were marred by accusations of fraud and massive irregularities.

He is responsible for the creation of the FCC coalition that has fielded Shadary as a candidate.

Kabila also has several key people loyal to him in the judiciary and military, institutions that could play a key role in shaping the post-election affairs of the country.

Political observers believe that Kabila is backing Shadary as the candidate least likely to turn against him, when he finally steps down as president after the election.

At 47, Kabila is relatively young, and is also eligible to run for president at the next elections in 2023.

Many will be watching to see whether state institutions which are controlled by Kabila’s government, including the electoral commission act independently or favor the choice of the incumbent.

Fayulu, was the hope of the opposition that was quickly quenched, when two of the seven candidates that had endorsed him to be their joint candidate, withdrew from the Lamuka coalition hardly 24 hours after signing.

The 62 year old lawmaker has embarked on a campaign of popularising his candidacy and credentials, insisting that he has ‘fought for democracy’ in DRC for the past 30 years.

While Fayulu has considerable support in Kinshasa, where he has on several occasions led anti-government protests, his team will be hoping that the support of ‘political heavyweights’, Jean Pierre Bemba and Moise Katumbi, makes all the difference.

Bemba, a former warlord who was Kabila’s vice president from 2003 to 2006, and popular business tycoon Katumbi, who was once considered a consensus opposition candidate, have both maintained their support for Fayulu.

Bemba contested against Kabila in 2006, garnering 20% of the votes cast in the first round, and losing the subsequent run-off to Kabila. He contested the results in court, which dismissed his allegations of fraud.

Indeed, when Fayulu unveiled his campaign team on Monday, he named relatives and allies of Bemba and Katumbi in key positions.

Fayulu will be hoping to win in Katumbi’s stronghold of Lubumbashi, where the latter was former governor of Katanga.

Shadary, who was governor of the neighbouring Maniema province, went to Lubumbashi for his first campaign rally this week. Referencing Kabila’s roots in Katanga, Shadary said he is assured of the support of ‘the electorate of Nagorno-Katanga’.

Going by October opinion poll that said Kemerhe would win 17% of the vote, the 59-year-old leader of the Union for the Congolese Nation party, is the ultimate kingmaker.

“This is the winning ticket,” Kamerhe told reporters alongside Tshisekedi in Kenya’s capital, Nairobi, when it was announced that the two would join forces.

A former president of the National Assembly, Karmehe contested and lost agint Kabila in the 20011 presidential election. He came third behind Kabila and Etienne Tshisekedi, garnering 7% of the votes cast.

Under their agreement, if Tshisekedi wins the presidency, he will make Kamerhe, who hails from Bukavu, his prime minister.

Tshisekedi, has been accused of not having political experience, and ‘borrowing’ support from the popularity of his father, Etienne Tshisekedi, who was the opposition leader in DRC for several decades.

Kamerhe, who will be Tshisekedi’s campaign director, also expects to be endorsed by the latter for the 2023 presidential polls.

The candidates, notably Fayulu’s Lamuka coalition are hoping to win the support of the Congo’s influential Catholic Church.

It is however likely to remain neutral and not endorse any of the candidates. In a statement issued last week, the National Episcopal Conference of Congo (CENCO), called for a credible election.

The opposition has protested the use of the machines, arguing that they are more vulnerable to vote-rigging than paper and ink and could be compromised by the unreliability of Congo’s power supply.

Fayulu is also hoping to win the support of civil society groups, including the pro-democracy anti-Kabila movement, Lucha.

However, following the breakdown of the Lamuka coalition, when Tshisekedi and Kamerhe withdrew, Lucha expressed its dismay.

They are yet to voice support for any of the candidates or coalitions in the race.