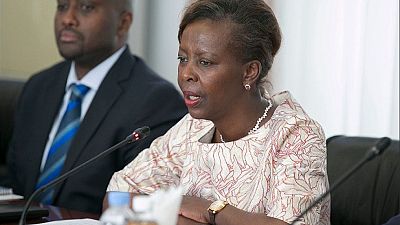 Rwanda’s foreign affairs minister, Louise Mushikiwabo has been confirmed as the head of the world community of French-speaking countries.

The appointment sealed on the second day of the summit of the International Organisation of La Francophonie (OIF) in Armenia, will be regarded as a win for Rwanda, France and the African continent.

Rwanda and France who had fallen out over the latter’s rôle in the 1994 gencoide in the East African nation, have pledged to resolve the differences and hostilities through bilateral meetings.

“Louise Mushikiwabo’s candidacy highlights development of the French-speaking community, and regarding differences with France, especially their role in the genocide against the Tutsi, we will discuss it during the bilateral relations,’‘ Olivier Nduhungirehe, Rwanda’s secretary of state, said in June as the country its leadership bid for La Francophonie.

Rwanda’s human rights record and a decision to replace French with English as the official language in 2008, were pointed out as issues that dent its leadership credentials.

In July, African francophone countries officially rallied behind Mushikiwabo, a position consistent with their policy of backing an African candidate sensitive to the needs of states that comprise more than half of the OIF membership.

Louise Mushikiwabo, a multilingual speaker of French, English and Kinyarwanda, became Rwanda’s Minister of Foreign Affairs in December 2009, just days after the resumption of diplomatic relations with France.

The 57-year old is widely perceived to be a competent diplomat, who has worked tirelessly with president Paul Kagame to make Rwanda a major player on the global stage.

Mushikiwabo, who is not a member of the ruling Rwanda Patriotic Front (RPF) party, says she is proud to have played a role in opening her country to the world, and specifically working towards Rwanda’s return to its “heritage of French-speaking Central Africa”.

“Since becoming Minister of Foreign Affairs, Rwanda has achieved a lot on the international scene, has a better international status,” says Frank Habineza, leader of the Green Democratic Party, the only authorized opposition party in Rwanda.

Mushikiwabo was head of communication at the African Development Bank in Tunis before Kagame asked her to join his government in March 2008 as Minister of Information.

Created in 1970 along lines blazed by the Commonwealth, the OIF brings together 58 countries and regional governments, representing 274 million speakers of French around the world.

Mushikiwabo becomes the third African to take on the leadership of the Francophonie, following in the footsteps of Senegalese Abdou Diouf and the Egyptian Boutros Boutros-Ghali. 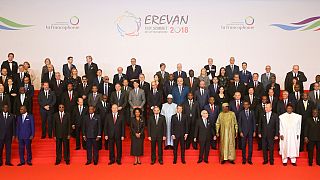