Ethiopia PM says era of state sanctioned torture is over 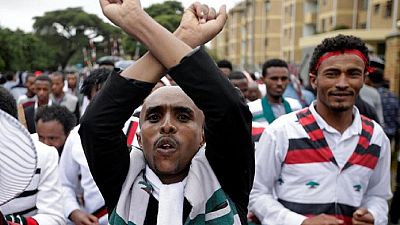 Ethiopia’s prime minister, Abiy Ahmed made a startling admission that government had sanctioned torture of its political prisoners, which he described as unconstitutional.

Abiy was taking questions from members of parliament, after he submitted to them a brief of current affairs of the state including recent decisions to privatise the state telecommunications company and the national airline.

When one of the legislators challenged Abiy on the constitutionalism of releasing prisoners, especially those jailed for corruption and terrorism, the prime minister simply said, ‘jailing and torturing, which we did, are not constitutional either’.

Abiy added that terrorism includes the use of force to unconstitutionally stay in power.

“Does the constitution say anyone who was sentenced by a court can be tortured, put in a dark room? It doesn’t. Torturing, putting people in dark rooms, is our act of terrorism,” Abiy reportedly told MPs.

Recognizing shortcomings in the criminal justice system, HE PM Dr Abiy emphasized today his commitment to the principle of “presumption of innocence until proven guilty” & the need to resist the temptation to displace the ideal of “rule of law” by practice of “rule by law”.

Since taking office in April this year, Abiy has undertaken radical reforms including reaching out to the opposition groups in exile, extending an olive branch to Erirea by indicating that his government would leave a disputed town and initating a process to liberalise the economy.

Defending the decision to end a border dispute with Eritrea, Abiy told parliament it was in the interest of both countries to end the standoff and focus on developing the affected areas.

A border commision empowered by the December 2000 Algiers Agreement which was signed at the end of the war between the two countries ruled that the town of Badme and other disputed territory belonged to Eritrea.

The ruling coalition’s announcement that it would abide by that ruling sparked protests in Badme and several parts of the Tigray region, where residents said they were not consulted and vowed not to voluntarily leave the town.

Responding to MP Meseret Jemaneh, who opposed the decision to accept the #AlgiersAgreement & the #EEBC‘s decision, the PM affirmed the decision by the #EPRDF exc. He also lamented what he said were “illogical reasoning”; asked if Ethiopians were consulted when Assab was given pic.twitter.com/ykUBKUGQAO

The government of Eritrea is yet to respond to Ethiopia’s peace offer. 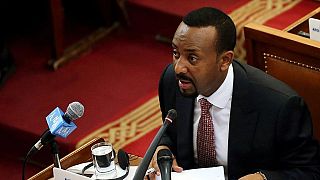 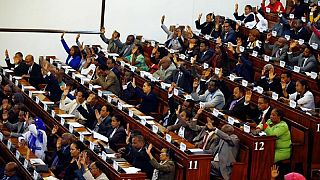