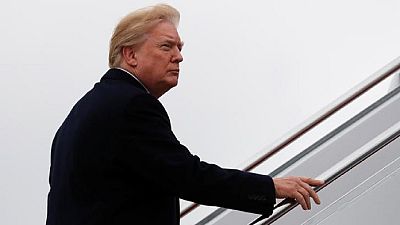 The African Union Mission in Washington DC has condemned Donald Trump’s derogatory statements allegedly made about Africa and Haiti.

In a statement released on Friday, the mission expressed its disappointment in the president of the United States and demanded a ‘retraction of the comment’ and an ‘apology to Africans’.

‘‘The African Union Mission condemns the comments in the strongest terms and demands a retraction of the comment as well as an apology to not only the Africans but to all people of African descent around the globe,’‘ reads the statement.

JUST IN: statement from African Union mission to the USA re: President Trump’s ‘shithole’ comments, the mission ‘demand retraction and an apology to Africans around the world’ pic.twitter.com/G1tMSybuSa

According to the statement, ‘the African Union strongly believes there is a huge misunderstanding of the African continent and its people by the current administration’ and that ‘there is a serious need for dialogue between the US administration and African countries’.

President Trump is reported to have called African countries and Haiti ‘shithole countries’ while discussing immigration with a bipartisan group of senators at the White House.

Trump has since denied using such vulgar language, tweeting that ‘the language used by me at the DACA meeting was tough, but this was not the language used. What was really tough was the outlandish proposal made – a big setback for DACA!’

Never said anything derogatory about Haitians other than Haiti is, obviously, a very poor and troubled country. Never said “take them out.” Made up by Dems. I have a wonderful relationship with Haitians. Probably should record future meetings – unfortunately, no trust!

The denial followed a backlash from African leaders, American politicians from both the ruling Republican party and the Democratic party and Africans who used social media to mock Trump with positive images of their ‘shithole countries’.

Africans and Haitians come from ‘shithole’ countries? Isn’t Trump demonstrating that he’s nothing but a racist and pursuing a policy of ‘Make America White Again’? I congratulate Botswana for showing the way. Our AU Presidents must respond strongly to this insult.

Just in case someone was wondering what a #shithole looked like. #Haiti pic.twitter.com/VWzpveg6ud 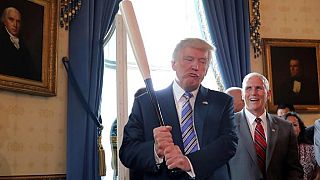