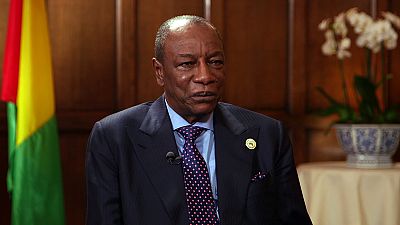 In an interview with Euronews in Paris, Guinea’s President Alpha Condé, who is also the current president of the African Union, has called for a new era of self-reliance to drive development and end poverty on the continent.

The development of Africa will be done only by Africans

President Condé addressed issues that both Europe and Africa face. “The first battle is the struggle for development, which allows us to fight both terrorism and emigration,” Condé stated.

Islamic extremism is flourishing in the weakly governed, vast and mostly empty spaces of the Sahel region of sub-Saharan Africa. Al-Qaida linked attacks have rocked Niger and Mali and have also been staged in Algeria, Burkina Faso, Ivory Coast and Mauritania.

So how can Africa address this 21st century surge of Islamist violence on the continent? “Terrorism flourishes on poverty and injustice, so if terrorism develops in Africa, it is because there is poverty,” Condé said.

Over recent years, there has been an exodus of hundreds of thousands – perhaps millions – of young Africans seeking safer and more prosperous lives in Europe.

Hundreds have died making the crossing in rickety boats across the Mediterranean Sea, whilst many others find themselves stranded in Libya where there have been disturbing reports from the International Organisation of Migration of migrants being sold into slavery.

But, as sub-Saharan Africa faces a population boom, this risky exodus is unlikely to stop. German Chancellor Angela Merkel at one point mooted the idea of a “Marshall Plan with Africa,” drawing a direct parallel with the huge U.S. investment programme that kick-started the ravaged German economy after World War Two.

The extent of the poverty seems far larger even than post-war Germany however.

Niger, a vast, largely desert nation to the north of Nigeria, presents the starkest example of Africa’s challenges.

With an average of 7.6 children born to each woman, its population is projected to more than triple to 72 million by 2050, from about 20 million now, according to the latest U.N. figures. By then, Africa will have more than doubled its population to 2.4 billion, the United Nations says.

Frequent droughts in Niger cause hunger, and low investment in education means a dearth of skills. Yet somehow it must hugely increase food production just to stay where it is.

Condé also wants to see a new era of equality between France and Africa, whose relations have long been tainted by a neo-colonial relationship which saw France intervene militarily and support dictators to further its own interests.

“We want France to see African states as major sovereign states,” Condé stated. “We want African countries to be considered by France as it considers Brazil or another country.”

China has been the engine for Africa’s development in recent years, funding infrastructure projects that have, for example, improved the continent’s road and rail networks.

In Angola the new Chinese constructed 1,344 kilometre Benguela railway now links the Atlantic port of Lobito to the eastern end of the country. Many analysts point out that it is not the decades of western aid but the mostly Chinese funded infrastructure projects that are now developing Africa’s battle scarred states such as Angola, Sierra Leone and Ethiopia.

As China’s middle class expands and prices rise however, there is also speculation as to where in the world can provide cheaper labour – and Condé believes Africa could be that region.

“We can be a factory for Europe, provided they understand that it is a win-win cooperation and cooperation that brings a beneficial partnership for both,” he said.

Ultimately though, as President of the African Union, Condé is calling for an era of self-reliance to begin in Africa. But is that another example of the emerging distrust of globalisation that can be found elsewhere, in US President Donald Trump’s administration as well as among many political movements in Europe, both left and right for instance?

“Africans must first begin by counting on themselves because the development of Africa will be done only by Africans,” he said. 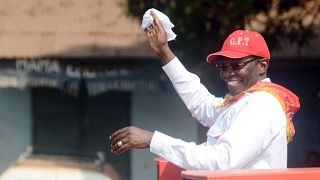 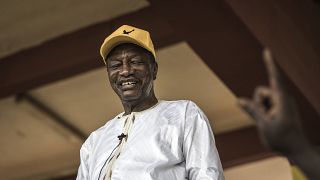