Kigali held the 8th edition of the Mashariki African Film Festival this week. This is the largest film festival in the country and aims to showcase Rwandan filmmakers, but also from Africa in general.

Emphasis this year was placed on on films that question gender relations with the theme of Afro-futurism.

"This year's theme is Afro-futurism. So it's about encouraging young directors, producers to have the idea of creation, to reinvent stories, to show a new Africa, different from the image that people have of Africa, a poor Africa," said Trésor Senga, the founder of Mashariki African Film Festival.

For one week, the 72 films in competition at the Mashariki festival were screened in a cinema in the centre of Kigali. The screenings were free.

"Rwandan cinema is just starting out on the international scene. What is interesting when you are at the beginning is that there is still everything to do, and everything to tell. You can create rich stories that are there, that are rooted, that exist. With the culture here, the traditions of yesteryear and the modern approach of Rwandan creators," said Diane Ntahimpera, Burundian scriptwriter.

"Actually we use to see those white people who are the people who are doing movies, we're going to see their movies, we like it like we like ours, but for now we do like movies from black people too," said Gatesi Ganza Bernadette, a design student.

The closing ceremony took place on Friday, in the presence of important personalities such as the daughter of the president of Zimbabwe. On this occasion, three films were awarded in the professional film category. Four students also received a jury prize. 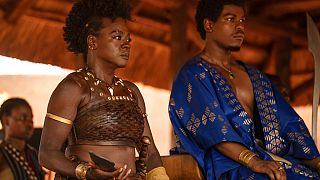