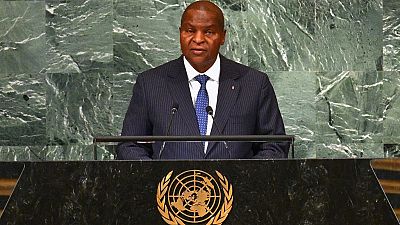 The head of state Faustin Archange Touadéra has appointed by decree a new president of the Constitutional Court in the Central African Republic to replace the incumbent, whom he had dismissed after decisions invalidating several of his decrees and draft laws.

The opposition accuses Mr Touadéra of an "institutional coup" after he dismissed Danièle Darlan as head of the supreme court on 25 October, which had invalidated in particular his presidential decrees setting up a committee to draft a new fundamental law.

The opposition and part of civil society, in this country among the poorest in the world and in civil war since 2013, suspect him of wanting to modify the current Constitution which prohibits him from serving more than two terms, in order to remain in power at the next presidential election in 2025.

In a decree dated Friday, a copy of which was obtained by AFP on Sunday, Mr Touadéra "ratified the election" by the judges of the court of Jean Pierre Waboé, until then vice-president, to head the institution.

He had already been acting in the position since the dismissal of Ms. Darlan, which the opposition and legal experts consider "unconstitutional" because, according to them, the current Constitution "enshrines the irremovability of Supreme Court judges" and their independence from the executive.

Ms. Darlan was regularly violently attacked verbally, even threatened, on social networks by the pro-Touadéra camp and in pro-power demonstrations, because the Court had invalidated several draft laws dear to the head of state and the decrees installing in late August the committee responsible for drafting a new constitution.

Mr Touadéra was re-elected for five years in December 2020 with 53.16% of the vote, but in an election strongly contested by the opposition and for which less than one in three registered voters had the opportunity to go to the polls in a country that was then two-thirds occupied by armed groups and the scene of a major rebel offensive.

Since then, after calling on Moscow to come to the rescue, which sent hundreds of mercenaries from the private security company Wagner, the government has pushed the armed groups out of a large part of the territory they controlled. 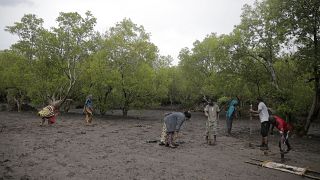 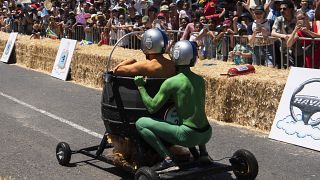