In eastern DRC, rumours of an imminent advancement of the M23 rebels have sent scores of people fleeing towards the city of Goma on Tuesday.

"It hurts us a lot to see that we are still fleeing, we have fled from Kibumba, and now we are fleeing again from here, we are heading to Goma. We were told that the M23 was a few metres away, that's why we are worried because we were told that one person was killed here", said Alexis Bahunga, one of the displaced.

The arrival of the displaced in Goma coincided with a visit to the region of peace mediator former Kenyan president Uhuru Kenyatta who appealed for dialogue.

"People are now becoming displaced in their own country, what I have to say, no matter what our differences are, even if we have our problems, please let us stop this war, these children, these mothers, these old men who don't know why people are fighting let us have mercy on them, let us stop this war and start dialogue", said Uhuru Kenyatta, former president of Kenya and peace mediator.

The M23 rebels, whom Congo accuses of receiving support from neighbouring Rwanda, have more than doubled the territory they hold in recent weeks as they've grabbed control of several key towns.

I ask you to remain calm and to return to your business freely. I would like to reassure you that the loyalist forces (Congolese Armed Forces, Ed.) are performing well in the field of operations and are containing the enemy in the heights of Kibumba", reassured General Constant Ndima, military governor of North Kivu.

The M23 rebels signed a peace agreement with the government but re-emerged late last year, saying the terms had not been met. 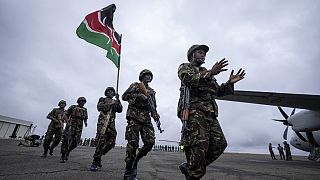 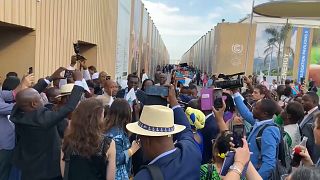