Activists from around the world took to the streets of the Egyptian resort of Sharm el-Sheikh on Monday, where the United Nations Climate Conference, COP27, is taking place.

They were calling on industrialised nations to pay for global warming’s impact on the most vulnerable nations. And there was a strong contingent from the Democratic Republic of Congo (DRC).

‘We wanted to organise this march to show the whole world that it is time to react. It is not normal to be here without any significant progress, especially since we, the DRC, are a climate change solution country,’ said Héritier Mpiana, deputy director, cabinet of the vice-prime minister in charge of environment.

The group, gathering outside the conference centre where the talks are taking place, sang songs calling for help for African countries.

Africa is responsible for less than four per cent of global gas emissions, but countries on the continent are the most vulnerable to climate changes. However, experts say they are the least equipped to respond to them.

African negotiators have been calling for the delivery of promised financing for adaptation and mitigation efforts. With the summit concluding on Friday, talks are expected to intensify over the next few days in a bid to reach a final declaration that is acceptable to all delegates. 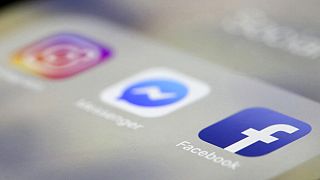