A residential building under construction collapsed on Tuesday in Kenya's capital, Nairobi.

Construction workers are feared trapped under the rubble and rescue operations have begun.

According to witnesses, some people who were injured during the collapse are being treated in a nearby hospital.

"It was at 2 p.m. when we noticed that the building's pillars had begun to crumble. We then started screaming to alert the people who were inside the building to escape. Some of them managed to escape while others did not", said witness John Muli.

An audit by the National Construction Authority found that 58% of the buildings in Nairobi were unfit for living.

Another witness, Isaiah Maina, added that "the structure is just poor. Looking at the columns, looking at the materials, they are not as they are supposed to be." 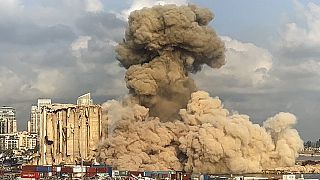