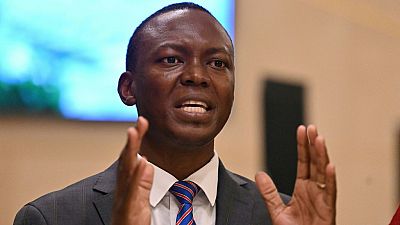 The two leaders of the main political opposition movements in Chad, Succès Masra and Max Loalngar have gone into hiding for their safety, three weeks after a bloody demonstration by their movements.

They both told the AFP on Wednesday that the repression continued with arrests and "deportations" and "extra-judicial executions".

Mr. Masra, president of the Transformers party, assured AFP by telephone that he had to "cross" the land border illegally to "another country" because he was wanted by "the presidential guard".

Mr. Loalngar, coordinator and spokesman of the main opposition platform Wakit Tamma, said he "went underground somewhere in the country" to avoid arrest.

On October 20, some 50 people were shot dead and more than 300 injured in N'Djamena and several other cities, according to the authorities, but many more according to the opposition, when the police violently repressed rallies organized by Les Transformateurs and Wakit Tamma to protest the two-year extension of General Mahamat Idriss Déby Itno's term as president.

On April 20, 2021, following the death of Marshal Déby, who was killed by rebels on his way to the front, the army proclaimed his son, Mahamat Déby, a 37-year-old general, president of the republic at the head of a junta of 15 generals, for a transitional period of 18 months, at the end of which the army promised to hand over power to civilians through "free and democratic" elections.

But in early October, on the recommendations of a national reconciliation dialogue boycotted by the opposition but also by two of the three main armed rebel movements, who denounced it as a "charade," the transition was extended for two years, as was General Déby as transitional president.

The Chadian Convention on Human Rights (CTDH) says more than 600 people have been arrested since October 20, most of them "deported" to two high-security prisons far from the capital.

More than 2,000 people have been arrested, according to the World Organization Against Torture (OMCT).

The government claims that the demonstrators, with the support of "foreign powers" that it did not name, had planned an "insurrection" to overthrow the government and that they had begun to violently attack and ransack institutions before the forces of order began to repress.

On Tuesday, Prime Minister Saleh Kebzabo, an ex-opposition leader appointed by President Déby, told AFP that his country accepted the principle of an "international investigation" under the aegis of Chad's "partners.

In a report made public Wednesday, the chairman of the African Union (AU) commission, Chadian Moussa Faki Mahamat, stressed "the urgency of a serious and credible investigation" to bring those responsible to justice.

Mr. Masra and Mr. Loalngar assured AFP that a real "manhunt" had been going on for three weeks, particularly in N'Djamena, targeting supporters of their organizations.

"On October 21, soldiers of the presidential guard came to look for me at our headquarters. When they did not find me, they arrested 27 members of my team," Mr. Masra told AFP from a country he did not wish to name, adding: "Only four of them are still alive, and they are being interrogated, the others are dead, some of those who were with them told me, even if we do not have the bodies.

"The manhunt continues throughout the country, targeting our cadres and activists, specifically those from my community, the Sara," said the 39-year-old opponent, who accuses the authorities of "extrajudicial executions.

"The police go from house to house, they arrest people for anything, like all our activists, I had to go into hiding," said Loalngar in a WhatsApp conversation from a location he did not wish to reveal but assured that he is "still in Chad.

Asked by AFP, various government officials would not say how many people had been arrested since October 20, promising to comment on the ongoing investigation and the upcoming international inquiry at a press conference "in the coming days.

In Paris on Wednesday, the lawyers for Mr. Masra and the Transformers, Vincent Brengarth and William Bourdon announced that they had sent the ICC a "report of facts likely to qualify as crimes against humanity. 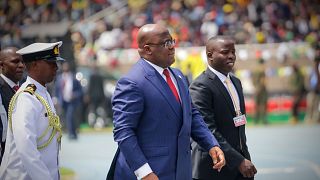 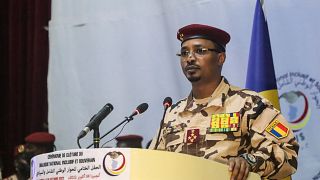