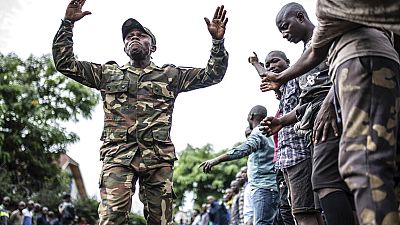 The Congolese army, which has deployed two Sukhoi-25 fighter jets in eastern DRC, bombed positions of the M23 rebel movement on Tuesday morning, according to residents and security sources.

The M23, a former Tutsi rebellion, took up arms at the end of 2021 and conquered several localities in the Rutshuru territory in North Kivu, including Bunagana, a strategic town on the Ugandan border, last June.

After several weeks of calm, the rebels resumed their offensive on October 20 and extended their hold westward, occupying several localities on national road 2, a strategic axis serving the provincial capital Goma.

"Two fighter jets have just bombed Tchanzu and Runyoni," in the hills near the Ugandan border, said a resident of Bunagana, interviewed by telephone from Goma. "The population here in Bunagana is afraid, they are fleeing to Uganda, it's a real emergency," he added.

Damien Sebuzanane, a local civil society leader, confirmed this information. "Bunagana has been emptied of its population," he said.

"Since this morning, our planes have begun bombing the hill of Tchanzu and its surroundings. This will last all day," a security source said on condition of anonymity, adding that on Monday, "it was reconnaissance" and the identification of targets.

According to this source, ground fighting was also engaged towards Rugari, about 30 km north of Goma.

"The coalition of offensive forces of the Congolese government is bombing heavily populated areas (...), the M23 is defending itself," said Lawrence Kanyuka, "political spokesman" of the M23.

Two Sukhoi Su-25 fighter jets, deployed in North Kivu since Sunday, as well as two helicopters, were seen in the sky over Goma on Tuesday morning, an AFP correspondent noted.

On Monday, Rwanda protested against the violation of its airspace by a Congolese Su-25 which, according to Kigali, had even briefly landed on the runway of the Rwandan airport of Rubavu, near the Congolese border. Kinshasa acknowledged an "unfortunate" overflight of Rwandan territory during a reconnaissance flight by an "unarmed" aircraft.

Relations between Rwanda and the DRC have been very tense since the resurgence of the M23 (March 23 Movement), which Kinshasa says is supported by Kigali. The DRC expelled the Rwandan ambassador in late October. 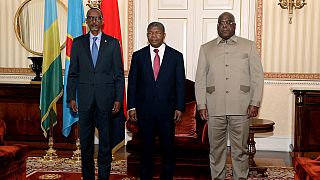