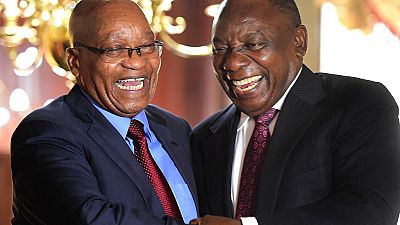 South Africa's former president Jacob Zuma on Sunday accused his successor Cyril Ramaphosa of "buying" his position as president of the ruling ANC party in a fresh attack on the country's presidential election just over a month away.

The African National Congress (ANC) is due to meet in mid-December to decide whether or not to invest Mr Ramaphosa as a candidate for a second term in the 2024 presidential election by re-electing him as party president.

"Cyril Ramaphosa has clearly been accused of spending a lot of money to buy his position as ANC president," Zuma told supporters in Durban. Dancing on stage and chanting "Amandla!" ("Power!"), he accused the current head of state of having "manipulated the democratic process".

The financing of Mr Ramaphosa's campaign for the ANC leadership in 2017 caused controversy. He was accused of lying to parliament about a 500,000 rand (about 28,000 euros) donation from an industrial group.

Mr Ramaphosa, 69, was finally cleared by the Constitutional Court and took over the reins of the country after the resignation 2018 of Jacob Zuma, mired in scandal.

Sentenced to 15 months in prison for stubbornly refusing to answer an anti-corruption commission, Mr Zuma, 80, finished serving his sentence last month. He was on conditional release for health reasons.

His incarceration in July 2021 triggered a wave of deadly violence and looting in a difficult socio-economic context.

The former president, who remains Cyril Ramaphosa's biggest political rival, had already made a violent accusation against him last month, accusing him of "treason" and of being "corrupt".

Mr Ramaphosa was elected on a promise to eradicate corruption and has been in turmoil for several months. He is the target of an investigation into mysterious cash found during a break-in at one of his properties.

An independent commission appointed by parliament is due to report back next week. The results of the enquiry could lead to a possible vote in parliament to remove Ramaphosa from office, who has denounced it as a political move. 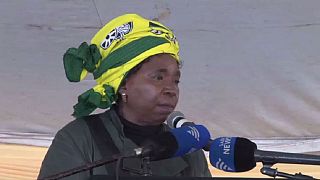