Envoys from around the globe gathered Sunday in the Egyptian seaside resort of Sharm el-Sheikh for talks on tackling climate change amid a multitude of competing crises, including the war in Ukraine, high inflation, food shortages and an energy crunch.

Notching up a first small victory, negotiators agreed after two frantic days of preliminary talks to formally discuss the question of vulnerable nations receiving money for the loss and damage they've suffered from climate change.

The issue has weighed on the talks for years, with rich nations including the United States pushing back against the idea of climate reparations.

"The fact that it has been adopted as an agenda item demonstrates progress and parties taking a mature and constructive attitude towards this," said the U.N.'s top climate official, Simon Stiell.

"This is a difficult subject area. It's been floating for thirty-plus years," he said. "So that the fact that it is there as a substantive agenda item, I believe it bodes well."

More than 40,000 participants have been registered for this year's talks, reflecting the sense of urgency as major weather events around the world impact many people and cost billions of dollars in repairs.

Organisers say about 110 world leaders will attend, many of them speaking at a high-level event on Nov. 7-8, while U.S. President Joe Biden was expected to arrive later in the week. 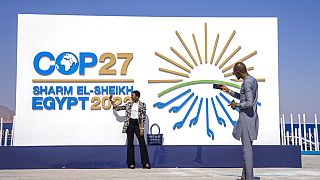 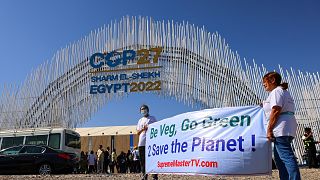