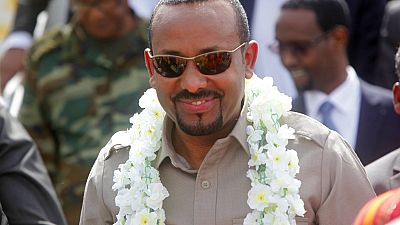 Ethiopia's Prime Minister Abiy Ahmed says he has achieved "100%" of what his government demanded in a deal signed Wednesday with rebel authorities in the Tigray region to end two years of conflict in northern Ethiopia.

The agreement, reached in Pretoria where the two parties have been discussing since 25 October under the aegis of the African Union, provides for an immediate cessation of hostilities, disarmament of rebel forces and the delivery of humanitarian aid.

"In the negotiations in South Africa, 100% of the ideas proposed by Ethiopia were accepted," Abiy Ahmed boasted on Thursday before a crowd of supporters in Arba Minch, in the south of the country.

"Among the victories achieved (in the agreement), Ethiopia's sovereignty and territorial integrity have been accepted by both parties," he said, as well as the principle of "one-armed force in a given country.

The agreement has not been published but a joint statement read publicly by the delegations reveals its main features. The agreement includes the disarmament of the rebel authorities' forces in Tigray.

But it does not specify the modalities and does not address the future of the forces of the country's regional states or the presence on Ethiopian soil of the army of neighbouring Eritrea, which has provided crucial assistance to the Ethiopian army in Tigray.

The press does not have access to northern Ethiopia and communications are haphazard, making it impossible to know whether the ceasefire is being respected.

The toll of the conflict, marked by countless cases of abuse and largely behind closed doors, is unknown, but the International Crisis Group (ICG) and Amnesty International (AI) describe it as "one of the deadliest in the world".

The conflict began on 4 November 2020 when Abiy Ahmed sent the federal army to arrest Tigrayan executive leaders who had been challenging his authority for several months and whom he accused of attacking a federal military base.

The war has caused a humanitarian catastrophe in northern Ethiopia, displacing more than two million Ethiopians and plunging hundreds of thousands into near-famine conditions, according to the UN.