The prosecutions against Condé as well as other officials and ex-ministers, include alleged acts of "corruption, illicit enrichment, money laundering and embezzlement of public funds and complicity".

In total, the Minister of Justice, Alphonse Charles Wright, gave a list of 188 names, some of which are already in prison. Their accounts are frozen, according to the letter sent by the minister to the attorneys general.

"It is imperative to open judicial investigations to clarify the origin of the funds in these various accounts." The minister added.

The former leader was overthrown in 2021, by Colonel Mamadi Doumbouya. Since then he was granted multiple stays abroad to seek medical treatment.

The Guinea military authorities said in May they would prosecute former President Alpha Conde and 26 of his officials for violence surrounding his bid for a controversial third term in office in 2020. 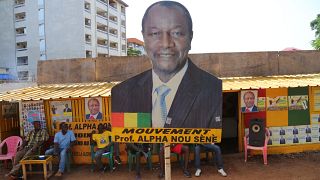