The police and armed forces in South Africa announced on Friday that security would be reinforced this weekend following an alert launched by the US embassy in Pretoria last Wednesday.

The alert warned of a possible attack this Saturday in a suburb north of Johannesburg.

Johannesburg hosts a gay pride event, there is also a rugby match in Pretoria and the football derby in Soweto.

Nigeria's capital, Abuja,is also under a security alert. Since Sunday that the embassies of the United States, Britain, Australia and Canada have been alerting to the "high" probability of an attack in the capital.

On Friday, the Nigerian government said it had beefed up security and called for the public to remain vigilant but calm.

Government troops are fighting jihadist insurgents mostly in the northeast, though there are small cells in other parts of the country. 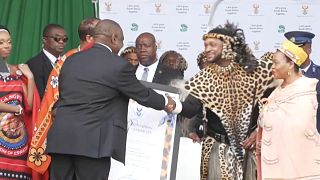