The sound of gunfire has returned to the east of the Democratic Republic of Congo.

Fresh fighting has erupted on Friday between government forces and the M23 rebels.

UN forces were also on the move heading towards the front line.

The fighting prompted many locals to flee.

"We saw Tutsis (referring to M23 rebels allegedly supported by Rwanda, Ed.) had arrived where we live in Ngugo and after that we heard gunfire and then we fled.
It was very, very hard to bear", said Faida Chantal Nsumba, a displaced person from Ngugo.

The displaced people say that they are now facing the prospect of hunger in the camps where they will stay as they wait for the fighting to subside.

"There was loads of shooting in our area and that created total panic. Now we are here we are suffering from hunger. There's nothing to eat and we left others and kids back there", added Nshiyimana Kwako, another displaced person.

According to the United Nations nearly 40,000 Congolese have been forced to flee in just one week. 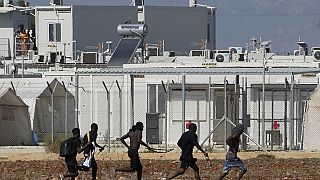 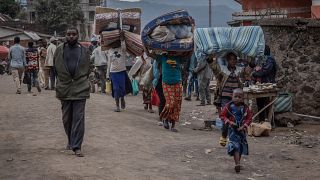 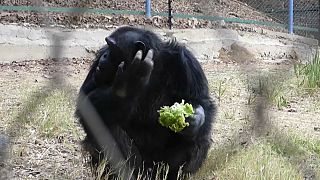