Three baby chimpanzees were kidnapped from a refuge in DR Congo nearly a month ago. Five alleged accomplices are in prison. But the kidnappers continue to demand a hefty ransom to free the little primates.

"The kidnappers are demanding a six-figure sum to return the baby chimpanzees. This is crazy! We don't have that amount of money, negotiations are ongoing by phone and the case is in court," said Franck Chantereau, head and founder of the NGO "JACK" (Young Animals Confiscated in Katanga). JACK runs an animal sanctuary in Lubumbashi, capital of the province of Haut-Katanga in southeastern DRC.

According to a source close to the case, the sum claimed is 200,000 dollars.

"What is happening to us is unprecedented in the world of great ape conservation," said Franck Chantereau in a video posted on the Facebook page of JACK. This ransom demand is "a first".

Locking up the enclosures

The facts took place "during the night of September 12, at 3:00 am. Thieves managed to seize three orphaned baby chimpanzees - Monga, Caesar and Hussein - rescued from poaching and trafficking, collected and cared for in the sanctuary," explains a guard of the site, on condition of anonymity.

Two days before," he continued, "we had noticed that the server recording the surveillance cameras had been stolen. The next day, the chief had changed the locks on all the enclosures and animal cages, except for the baby chimpanzee cage.

Then, the man said, "we noticed that three of the five baby chimpanzees in the cage were missing. In the afternoon, the thieves called to demand a ransom.

A video showing the little chimpanzees in a room with brick walls, littered with garbage, was also broadcast by the kidnappers.

The person in charge of the site has filed a complaint against X. "Five of my colleagues have been arrested," adds the guard.

These people, all employed by JACK, "were summoned for investigation, spent three weeks in the dungeon of the intelligence services, six days in the prosecutor's office and, this Saturday, October 8, were taken to Kasapa prison" in Lubumbashi, said one of their lawyers, Cedric Kabamba.

"The detention of my clients is illegal, we will appeal," he said.

On October 4, a Belgian animal protection foundation, the "Pairi Daiza Foundation", launched an appeal for donations. An operation that aims to "further strengthen the security" of the site of JACK and "allow to take care of the 102 other primates of the sanctuary". 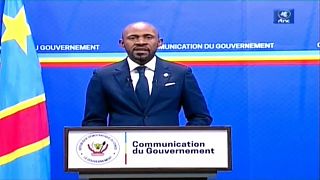 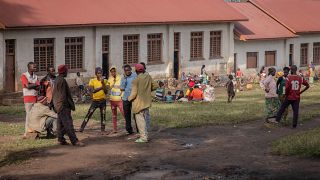