Italian artist Alessandra Ferrini who is based in London won the MAXXI Bulgari Prize for her video installation titled "Gadhafi in Rome: Notes for a Film".

A video installation titled "Gadhafi in Rome: Notes for a Film, focuses on the Libyan leader's first official visit to Italy in 2009.

The work was awarded at the third edition of the MAXXI Bulgari Prize, in Rome.

Italian artist Alessandra Ferrini, was fascinated by how Gaddafi’s friendship and cooperation visit followed a similar pattern to the three-act structure from playwrights.

"I think she (Alessandra Ferrini) developed a very particular, personal perspective in the research of social history, geopolitical history, which is not only very significant for the time now and also has a strong consistency", the artistic director of MAXXI and President of the International Jury of 2022 MAXXI Bulgari Prize said.

"She's also been able to develop a very strong multimedia language around this, and it shows particularly importance in terms not only the aesthetic but also of cultural relevance", Hou Hanru concluded.

"On the first day, you had a sort of inciting incident, which for me is Gadhafi wearing the image of Omar Al Mukhtar [Editor's note: a Libyan national hero who was executed by Italian colonial authorities for leading a guerrilla war against the Italians colonisation in the 1920s and 1930s] on his chest to sort of disrupt this ceremony of friendship", Ferrini told.

"And then day two followed up with a lot of conflict and in fact we have lot of protests on day two of the event. And then day three is supposed to be a resolution, which is sort of achieved by the commercial deals, economical deals that are really signed on the last day."

One of the three finalists is Silvia Rosi, an Italian-Togolese artist.

Her collection on remembrance includes videos and photographs which address her family history and identity heritage.

Her project is dedicated to the Ewe and Minà languages, once spoken in Ghana and Togo.

"The title of the work, 'Teacher, don't teach me nonsense' is the title of a Fela Kuti album in which the artist talks about this strong Western influence in the school education process of many West African countries", the 30-year-old commented.

"I found it a good title because it denounces this Western influence but it also hopes for a teaching of African traditions and cultures."

The prize giving ceremony took place on Tuesday at the MAXXI Museum on Tuesday, October 25.

The prize by the Italian National Museum of Contemporary Art and Architecture and Italian luxury goods brand Bulgari, aims to promote excellence among young Italian and foreign artists.

The works of all three finalists will be on show until November 22 at the MAXXI Museum. 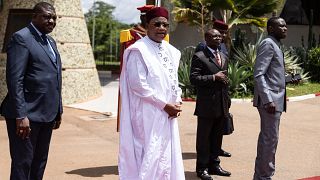 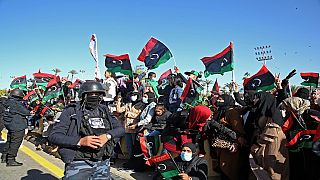