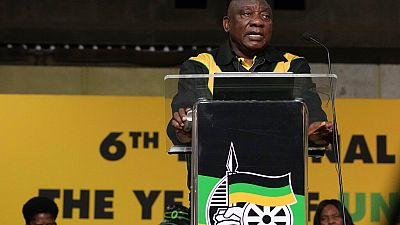 Ahead of a decisive conference of South Africa's historic ruling party, the ANC, President Cyril Ramaphosa is looking weakened as he seeks to win a second term in the 2024 elections.

A scandal linked to bundles of cash found in one of his properties during a burglary in 2020 is tarnishing the image of the man who presented himself as a "clean hands" champion when he succeeded Jacob Zuma, who was himself brought down for corruption, and putting him on the defensive. South African experts are looking at possible scenarios:

Can Ramaphosa still be nominated by the ANC?

"He is not in the strongest position, but he is still the most likely to win," says Pearl Mncube, a political scientist at Frontline Africa Advisory, given the lack of well-positioned opponents and the support he continues to enjoy within the party.

Cyril Ramaphosa, a former protege of Nelson Mandela who became a wealthy businessman before returning to politics, has fallen from his pedestal.

"He used to be an icon of the fight to clean up" the country from corruption, "a paragon of virtue, even though he came from the business world," says Susan Booysen. The scandal linked to his property in Phala Phala (north-east) makes "doubts about his probity and reminds us that he is not a superman".

But "despite all the weaknesses of the current president, compared to other candidates, he remains the best chance" for the ANC to stay in power, says Eusebius McKaiser.

Recent polls show that the ANC, which fell below 50 percent for the first time in its history in local elections in 2021, could repeat that performance in 2024.

Who are his opponents within the ANC?

There are many, but for the time being, there is no single name that unites the opposition to Cyril Ramaphosa. Former Health Minister Zweli Mkhize, who resigned in August 2021 after being accused of misappropriating budgets allocated to Covid's prevention campaigns, "has a chance" and remains popular, says Susan Booysen.

The other known candidates, Lindiwe Sisulu and Nkosazana Dlamini-Zuma, "have not garnered support in the provinces, whereas Mr. Ramaphosa and Mr. Mhize have.

"All the other candidates are flawed, so there is no real threat" to Cyril Ramaphosa, says Eusebius McKaiser.

Many of the delegates who vote "are aware that their own careers are linked to the ANC's success in the elections," he said. Therefore, "whatever their inclination, they will also selfishly consider which candidate gives them the best chance of retaining their position.

The ANC has never been so contested in the country and Cyril Ramaphosa being "the least bad of the candidates", some delegates could "support him", pushed by this context, he insists.

Former President Zuma recently called Cyril Ramaphosa a traitor and corrupt. How much influence can he have on the vote?

It is "less than he thinks," says Eusebius McKaiser. Jacob Zuma's press conference on Saturday was "the diatribe of a guy desperate to be an influencer, not the calm, persuasive communication of a man convinced of his power," the veteran commentator says.

If he had real influence, his candidate, his ex-wife Nkosazana Dlamini-Zuma, would have had the support of her region, zulu country, which is not even the case, several experts point out. 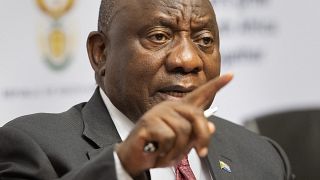