The Polisario Front (pro-independence), supported by Algeria, wants an independent state in Western Sahara, a vast desert area that Morocco considers part of its own territory.

"We are concerned about the continuing silence in the world regarding the struggle for self-determination of the people of Western Sahara," Ramaphosa said during a visit to Pretoria by Polisario Front leader Brahim Ghali.

"We believe that other struggles are expressed more loudly ... and that is why as South Africans we clearly state that we are firm and unwavering in ... our support for the Sahrawi people," added the South African president.

A former Spanish colony, Western Sahara lies at the western end of the vast desert of the same name, which stretches along the Atlantic coast.

The Polisario, which proclaimed the SADR in 1976, continues to demand, with Algerian support, a self-determination referendum scheduled by the United Nations when a cease-fire was signed between the warring parties in 1991.

For its part, Morocco, which controls 80% of the territory, advocates autonomy for the territory, but under its exclusive sovereignty and rejects any referendum in which the question of independence would be asked.

Both sides are engaged in a bitter diplomatic battle to secure the support of their allies.

The United Nations, which considers Western Sahara a "non-self-governing territory" in the absence of a final settlement, has deployed a peacekeeping mission there, the Minurso.

The African Union (AU) recognizes the Sahrawi Arab Republic as one of its members. 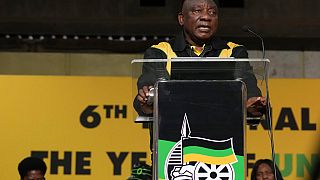