Along a highway engulfed by dark waters, Nigeria residents load dozens of boats full of food to bring assistance to the victims of the country's worst floods in a decade.

Waiting by the waterside, past the many half-submerged trucks, Bolaji Phillips looks on next to his vehicle, which is filled with cassava flour, rice and noodles.

"My wife and I consulted and decided to withdraw our savings, the little we have, to do something for the people," the 40-year-old said.

Aid is slowly coming to southern Nigeria after the biggest floods since 2012 killed more than 600 people and affected nearly three million others, according to official figures.

Many have fled their homes, including to overcrowded displacement camps. The others, completely cut off from the world, remain in communities swallowed by the waters.

Efforts now focus on passing the damaged and partly impassable highway linking Rivers and Bayelsa states -- among the two most devastated regions.

Near the town of Ahoada, volunteers and NGOs are doing vital work until official aid slowly reaches the most destitute.

"The damage is enormous. The government has not done much so far. We are totally alone," said Winner Written, a 32-year-old entrepreneur among those helping out.

"We are just individuals trying to help one another."

Over the weekend, volunteers loaded precious fuel in yellow jerrycans onto the boats heading to flooded villages.

Rivers State authorities have allocated one billion naira ($2.3 million) to help victims, especially around Ahouda, one of the worst hit.

The United States said it has donated $1 million in humanitarian aid.

Rescue officials said they have started delivering 12,000 tonnes of food across the country after the aid was approved by President Muhammadu Buhari.

But on the ground, few have seen the results of these efforts so far.

Supplying food is almost impossible, hampered by strong currents or waters that are strewn with obstacles or choked with vegetation, and aid coordination is hindered by lack of mobile coverage in remote areas.

In a black tank top, Jeremy Ogboka, 35, lends a hand on a section of the half-flooded highway.

"Right here, one of the speedboats capsized. Luckily, we saved them all," he said.

"We help as we can but nobody pays us. So many people are suffering. It's been two weeks the road is blocked."

Using two speedboats the Nigerian navy in the area has provided security and transport for facilitating humanitarian aid.

A rescue mission headed this weekend to the remote areas ferrying members of National Emergency Management Agency (NEMA) and sailors to bring aid and evacuate those they could.

Guided by young people who know the route to the ravaged communities, the motorboats sink into the heavy vegetation, struggling against the currents.

After half an hour of laborious progress, the remains of a village appeared. No sign of life.

Seated at the front of the vessel, the second lieutenant in charge kept his hand on his assault rifle.

"This is a volatile region. Two months ago, we arrested many kidnappers, criminals and acquired many rifles," he said.

All around, almost everything is submerged. The roofs and the panel of a school protrude, the only signs of a semblance of life now submerged.

Boat engines bog in the leaves as the current tugs at the vessel, making it impossible to advance to a flooded village where some victims requiring medical care managed to call NEMA.

Eventually, the rescue mission is aborted.

In addition to aggravating food insecurity -- farmland and crops were devastated -- the deadly floods have caused an outbreak of cholera, according to the NGO International Rescue Committee (IRC).

In 2012, particularly deadly floods ravaged Nigeria, but residents said this year's disaster was becoming much worse.

"Nothing has been done after to minimise the impact of the floods," said Opuwill Ayitu, a 40-year-old volunteer. "A humanitarian crisis is looming." 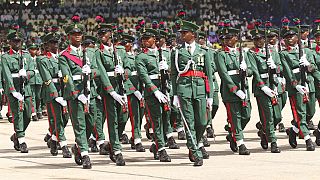 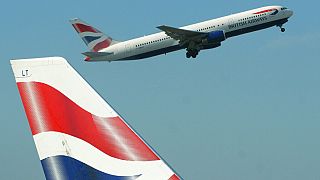