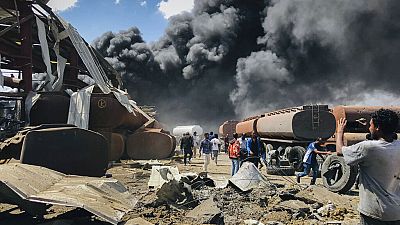 The federal government delegation left Addis Ababa in the morning, the government's communication service announced on Twitter, saying that these talks, under the aegis of the AU, are "an opportunity to peacefully resolve the conflict and consolidate the improvement of the situation on the ground made possible by the sacrifices of the army.

Tigrayan rebels and the federal army - backed by forces from neighbouring Ethiopian regions and the army of Eritrea, Tigray's border country - have been battling since November 2020 in a deadly conflict that has plunged northern Ethiopia into a deep humanitarian crisis.

A spokesman for the Tigray rebel authorities, Kindeya Gebrehiwot, announced overnight on Twitter the arrival of a delegation. He also repeated the rebels' demands for an "immediate cessation of hostilities, unhindered humanitarian access and withdrawal of Eritrean forces".

Previous talks, convened in early October in South Africa by the AU, had fizzled out before they even started, amid organisational problems.

On Thursday, Prime Minister Abiy Ahmed said the war would "end and peace will prevail". "We are not going to continue fighting indefinitely," he said, without mentioning the next talks and while pro-government forces have recently stepped up their offensive in Tigray.

After a five-month truce, fighting resumed on 24 August. Ethiopian and Eritrean forces last week seized Shire, one of the main towns in Tigray.

A humanitarian source told AFP that intense fighting was taking place on Friday in Selekelka, between Shire and Aksum, another major town in Tigray and a World Heritage site.

The international community has been alarmed by the recent intensification of fighting.

US State Department spokesman Ned Price said the meetings "demonstrate the international community's deep concern" and renewed US calls for a resumption of humanitarian aid and the withdrawal of Eritrean troops.

The war began in November 2020 when Abiy Ahmed sent the army into Tigray to dislodge regional authorities who were challenging his authority and whom he accused of attacking military bases. 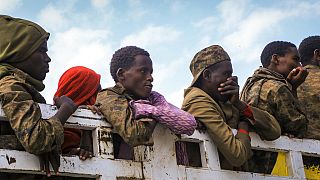