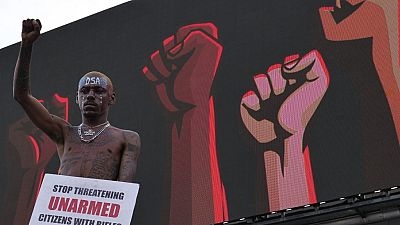 Nigeria witnessed one of the biggest demonstrations in its history in October 2020, when youths marched through the streets and major roads in the country in protest against brutalities by the Special Anti-Robbery Squad, a unit of the Nigeria Police Force (now disbanded).

They were, however, ended abruptly after some of the protesters were allegedly killed at the Lekki toll gate on October 20, 2020.

Two years on after the incident, organisers and victims of the ENDSARS protests are calling for full implementation of the reports of the judicial panels of inquiry set up by the government to probe the protests.

Still the most touching photo from #LekkiMassacre. May the souls of the departed Rest In Peace. We’ve cried too much as a country. 2023 is the time to smile. #EndSARSMemorial2 pic.twitter.com/DVpieY9vCW

According to Amnesty International vast majority of #EndSARS protesters arrested in October 2020 are still being arbitrarily detained without trial.

“The fact that nobody has been brought to justice over the torture and killings of #EndSARS protesters is a stain on Nigeria’s human rights records. Meanwhile, human rights violations by the police continue unabated.

The authorities must ensure that suspected perpetrators of the deadly crackdown on #EndSARS protesters are brought to justice in fair trials and address impunity for police brutality,” said Osai Ojigho, Director of Amnesty International Nigeria.

In an attempt to justify the detention, Nigerian authorities say the ongoing detention of #EndSARS protesters is a result of charges including theft, arson, possession of unlawful firearms, and murder.

I never forget! This sits pretty on my wall.
Tomorrow will make it 2 years and we are still asking, who gave the order? #endsars #EndSARSMemorial #LekkiMassacre pic.twitter.com/CaihAJ1pCf

At the second anniversary of the ENDSARS protests, Ayoyinka Oni, who is the leader of the Takeitback group, who spoke on the theme ‘ENDSARS justice now: Justice delayed is justice denied, called for full compensation of victims of protest, saying there should not be any back-door payments.

Like the protest, the anniversary is also leading trends on social media with the hashtags #LekkiMassacre #EndSARSMemorial2.

While some Twitter users are using the platform to remember their loved ones who lost their lives through the massacre, for others it is time to throw caution to politicians.

Some Victims of the #LekkiMassacre learning to walk again with prosthetics.

@OnuRUgochukwu “We will NEVER forget and Karma NEVER forgives. Those who ordered the killing want to be president.”

@iamtomyidowu "We will never forget. The president that gave the order, the governor under whose watch it happened, the party which was in power but most importantly the souls we lost. We will keep fighting for them and we will win." #LekkiMassacre #Lekkitollgate #EndPoliceBrutality

None of these tweets came without a picture or two sparking some emotions of pain.

Since Wednesday, October 19, flyers have been flying all over social media communicating an intended demonstration at the Lekki tollgate.on Thursday, October 20. 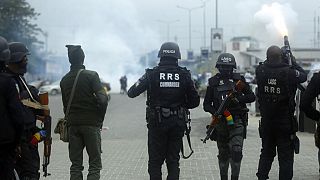 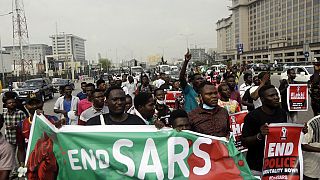 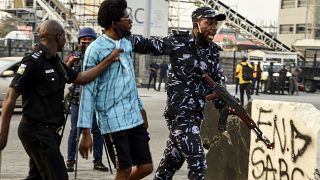