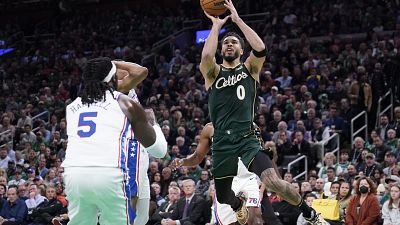 Stephen Curry and his Golden State teammates are ready to defend their NBA title.

The Warriors received their championship rings in a ceremony Tuesday (Oct 18).

Among the players honoured during the evening was Congolese Jonathan Kuminga, who is one of 16 Africans (around 30 when counting binationals) to take part in the prestigious professional basketball league in North America, this year.

During the season opener, the Warriors enjoyed an extra celebration time as they beat the Los Angeles Lakers 123-109 with 33 points scored by shooter Stephen Curry.

In Boston, the Celtics paid tribute to the mythical N6 of the franchise Bill Russell, who died in July.

"Bill Russell was a great man for what and who he stood for", Jaylen Brown noted.

"During the peak of racial tension in our society, he represented a type of nobility and honour that transcended sports", the Celtics Guard concluded.

Against the Sixers of Joel Embiid and James Harden, the defending Eastern Conference champions, started their season on the right foot, thanks to Jaylen Brown/Jayson Tatum duo, each scoring 35 points.

Boston finally won 126-117 against one of its main contenders in the race for the Eastern Conference's top 4. 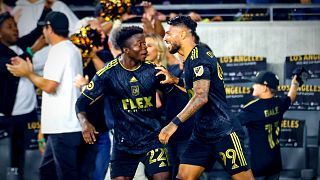